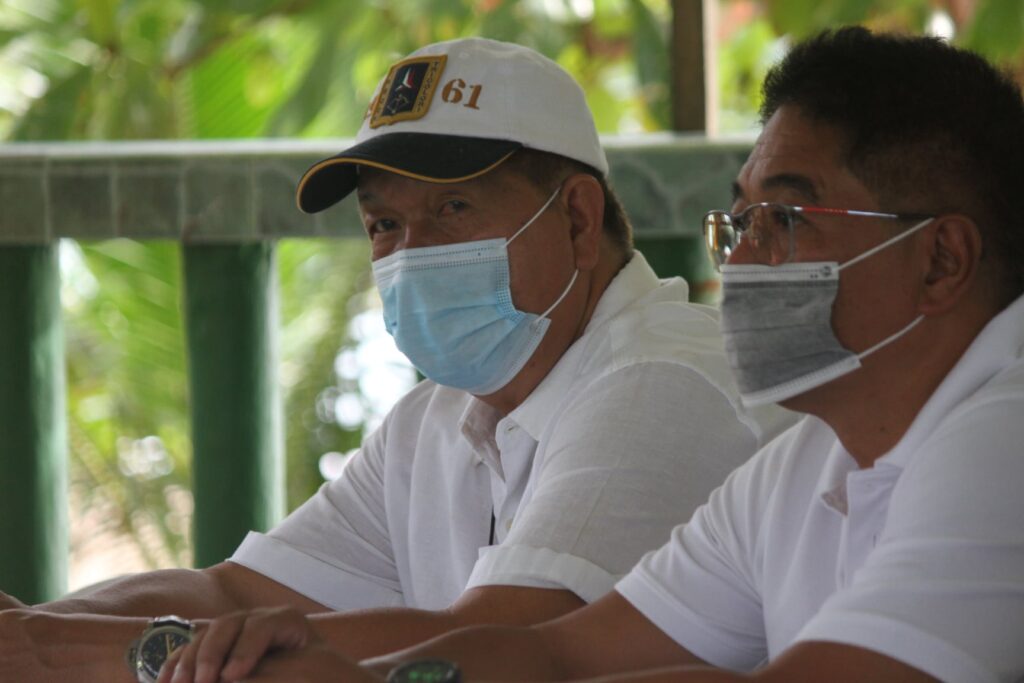 SORSOGON PROVINCE – A novel approach to remind the populace of the rising cases of COVID-19 of the province, Governor Chiz Escudero issued Executive Order No. 12-2021 creating and organizing the Sorsogon COVID-19 Prevention Task Force aimed to further prevent the rise of cases in the province.

As of last year 466 are recorded cases ending December and by the third of May this year it rises to 1510. A 200 percent increase in the number of affected is an alarming increase that needs to be addressed was the data presented.

The Task Force will ensure that Sorsoganons understand and follow the minimum health protocols and the dos and don’t in protecting oneself from contracting the virus.

The composition raised eyebrows as Chaired by Casiguran Mayor Edwin Hamor, the vice-governor, the members of the provincial board, PNP provincial director, the provincial health officer, the filed health services doctor of PHO, the vice-mayor of Casiguran, a city councilor, the president of the local chamber of commerce and industry and a liaison of the office of the governor, letting some detractors air their misgivings in social media as an early political gimmick.

In a dialogue with the local media, the “political gimmick” thing was labeled as foul by Manuel Fortes Jr. vice-governor of the province saying that the information caravan conducted is not a political activity since their audience are 11-17 year old all non-voters.

Justifying the clustering of barangays he added that with the amended executive order the early problems encountered were resolved with the inclusion of DepEd as a member thereby allowing the use of classroom chairs during the info drive. Sitting are socially distanced and faceshield was provided to the youngster audience.

The inclusion of the business sector was highlighted within their ranks given that no funding was made for the task force the five information billboards for every barangay is their call. Assisting them is the DPWH for installation of the information board as one of the expanded members together with Pto. Diaz town mayor, a former regional director, and the provincial engineer in the amended EO.

According to the chairman, it is better and effective to educate the young than the adults, the youngster is better to manage and eager to learn while adults have the philosophical tendencies in complying with regulations. By the grouping no one can say that this is politicking.

Hamor noted the importance and the role of media in the success of the program saying that what the task force may have missed can be within the resonance of the microphone for broadcasters and news writings of journalists.

A united front is what we need in our efforts to mitigate the rising number of affected Sorsoganons.

The success of these efforts is to have a common and united front adding that there is no time for them to answer the critiques and appealing that media has a bigger role in this. It was emphasized by him that the 50% capacity for pubic gathering in clustered barangays is observed.
But it cannot be avoided that onlookers oftentimes crowd the venue however this was remedied by local executives when it musters the barangay officials and auxiliary units reminding the minimum health standard.

One of the recommendations of a media participant is to allow the participation of the media during the info caravan which was favorably noted.

The dialogue was a discussion of new ideas which may strengthen the conduct of IEC, it was an appeal to the media of Sorsogon to raise awareness that the minimum health protocol should be observed such as regularly wearing a face mask, wearing the face shield in public places, observance of social distancing, avoid crowded places, regularly washing of hands and stay at home whenever necessary.

The seriousness of the spread of the virus and how to inform the public of its danger was imminent for yesterday, May 20, there were 17 positive cases registered by PHO including 2 deaths.

With 140 active cases in the province out of the total of 1510 registered cases and 67 deaths more than justifies the task force information education campaign caravan. I bicolexpress.news