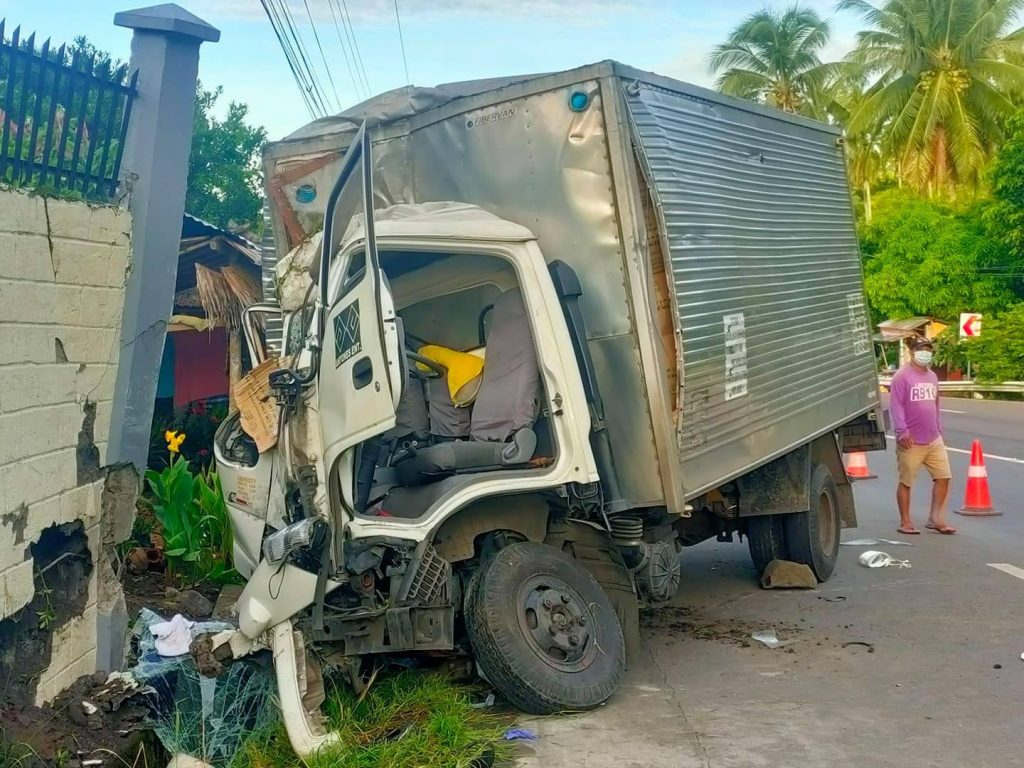 SORSOGON CITY – A young man was killed and another was injured along Maharlika Highway in Brgy Bucalbucalan, West District in Sorsogon city after the van they were riding in hit a wall when its driver allegedly fell asleep on the steering wheel.

According to a report, the van was traveling from Camarines Sur when it crashed at 5:30 Wednesday morning on the wall of the house owned by Mrs. Nelly Jintalan.

CDRRMO rescuers were able to rush the injured to the hospital, but Talagtag was declared ‘dead on arrival’ by the examining doctor, while Baracina sustained minor injuries.

According to police, the driver fell asleep while driving.

The driver declined to give any statement regarding the incident.

Police are now preparing the corresponding case against the driver.