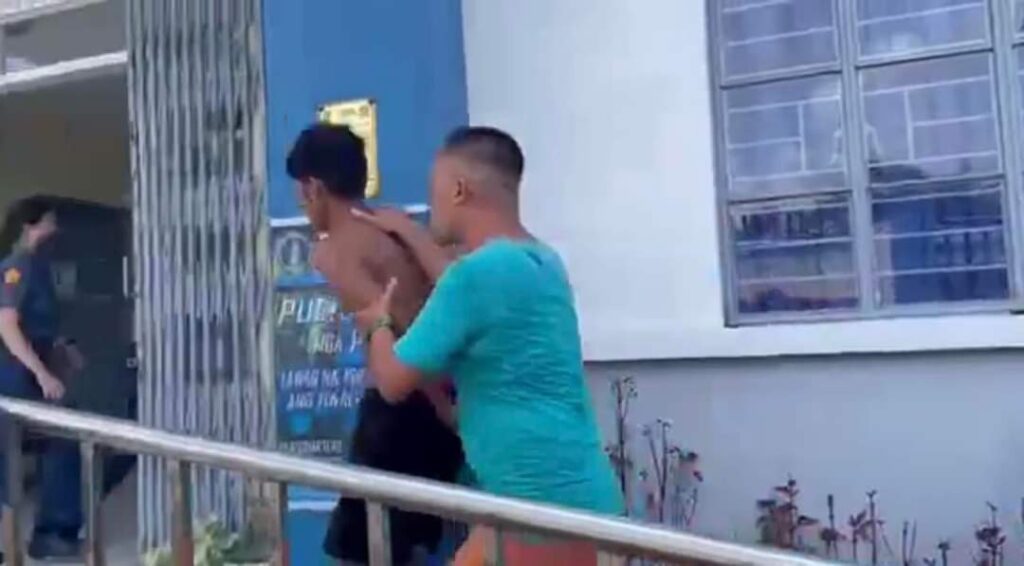 Aling Francia, the mother, was grieving for her daughter lying in state when news reached her that the suspected killer was caught by police.

Adding to the mother’s pain was when two pairs of sandals arrived from Lazada as earlier ordered by her daughter while still living as a surprise gift for mama.

Bacacay police in Albay arrested Wednesday the suspect in the rape and murder of a 22 -year -old graduating student on Monday, June 6, 2022.

The victim, Rhea Boneo, was found dead in the dense part of Barangay Hindi, Bacacay, Albay.

According to Police Major Irvin Bellen, Chief of the Bacacay, the 24 -year -old suspect was arrested with the help of residents.

“He was caught with the help of residents, we are grateful to those who had helped, he was caught at 12:15 pm when we reached the area, we immediately arrested the suspect”, said Bellen.

The suspect had a previous robbery case in 2019, but was released after the suspect settled with the robbery victim. The suspect is also a resident of the same barangay.

According to the police, their witnesses positively pointed at the suspect. The suspect is currently for inquest and, while there is no commitment order, he will remain at the Bacacay PNP station.

Rhea’s mother Francia Boneo immediately went to the police station when she learned that the suspect had been arrested.

She wanted to see the suspect, but she was not allowed to approach him.

Until now, Aling Francia still can’t believe that she lost her daughter.

She wants the death penalty for the killer.

She cried hysterically when Rhea’s surprise gift of sandals arrived from Lazada.

“An order from Lazada arrived. I am very tearful because there are two pairs of sandals. She surprised me, I don’t know, she even bought me these sandals, one pair for me and one pair for her,:” said Aling Francia.

“Rhea would have worn it for graduation, and then I also had worn it too in Rhea’s graduation that would have been on July 7,” Aling Francia said.

But sadly, her daughter was gone.