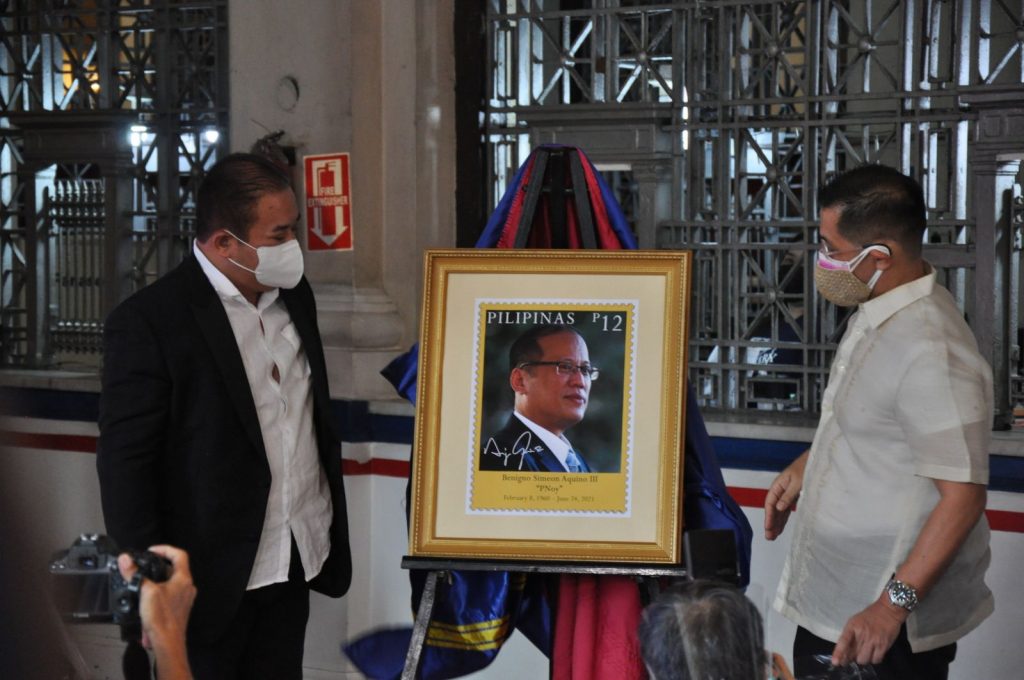 Postmaster General Norman “Mr. Postman” Fulgencio thank the family of the late President headed by Ms. Ballsy Aquino-Cruz for allowing to proceed with this special program to honor their brother. Ms. Deedee Siytangco, former spokeswoman of Pres. Corazon Aquino, was helpful in coordinating the intention of the family.

Presidential Communications Secretary Martin Andanar said that the launching of the Philippine Postal Corporation’s official “Pnoy Stamp” is to pay tribute and celebrate the legacy of public service he (Pnoy) had imparted to each one of us.

He added, It is also noteworthy to remember how Pnoy fought for and promoted our democratic foundations of liberty, sovereignty and justice which the Duterte Administration shares and continues to uphold.

Although the Aquino sisters were not present during the launching ceremony for health reasons and the threat of the virus, they requested their cousin Mayor Len Len Oreta of Malabon City to represent the Aquino family.

”We are thankful to the Post Office for paying tribute to President Pnoy”, Malabon City Mayor LenLen Oreta said.

Ms. Ballsy Aquino-Cruz, one of the Aquino sisters sent a video message thanking the Post Office for recognizing his services and contributions to the country. The Aquino family is deeply honored for this recognition”, she said.

Postmaster General Fulgencio said that it is the mandate of the Post Office to immortalize and pay tribute to former Presidents, who in one way or another have served and contributed to the development of the country.

He added, The Postage Stamps we issue symbolize unity, respect, love of the country and concern for one another regardless of color, race or creed. When a former president passes away, we set aside politics and the whole country mourns.”