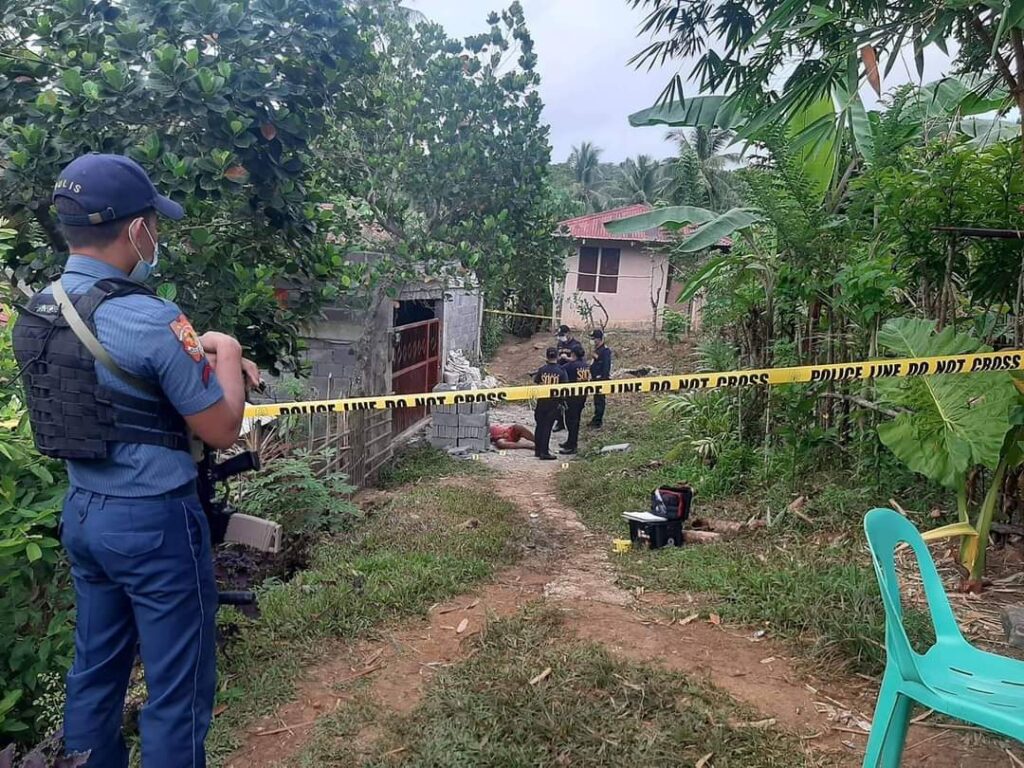 Neighbors’ quarrel in Prieto Diaz, Sorsogon led to shooting of two persons and wounding another.

The shooting Incident happened at Barangay Talisayan, 2:30 AM, early Friday morning, May 20, 2022

Police tagged the shooting incident as old grudge between the two neighbors.

According to police initial report, at about 3:40 AM of May 20, 2022, Prieto Diaz police rushed to the crime scene at Barangay Talisayan to investigate the shooting incident.

During investigation, it was learned two involved families, who are neighbors, Neneth Betito, wife of suspect Jayson Betito and the victim Norma Obejas, with old grudge, had an altercation about personal issues.

At that point, Rhey Wellhim Obejas, son of the latter, went out and tried to intervene, but successive gunshots were heard, resulting to the death of the two (2) victims and wounding the other.