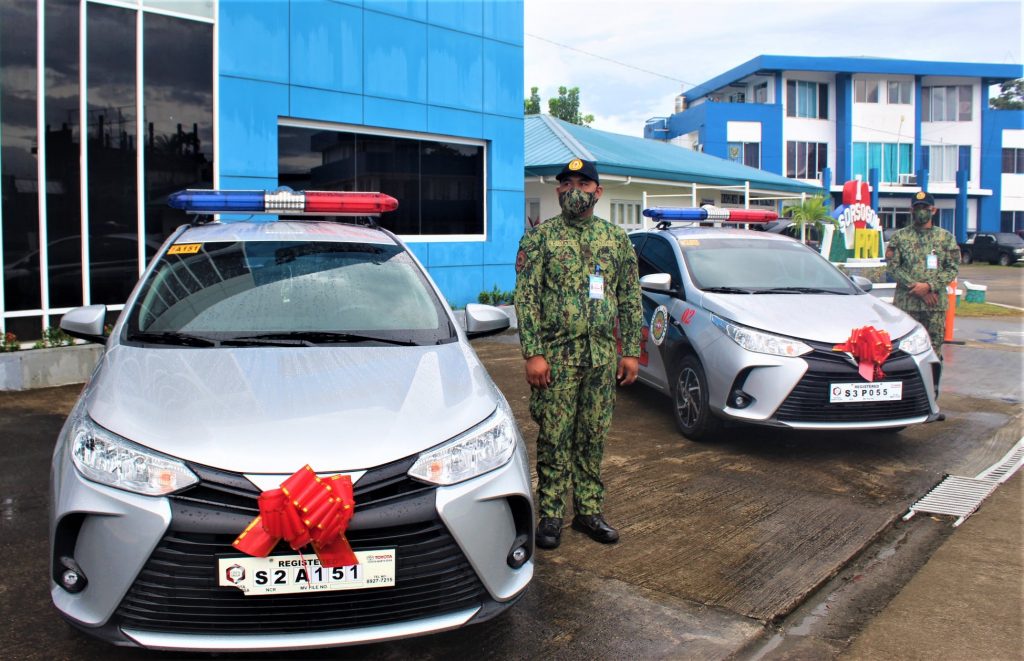 Vehicles provided by the City Government to PNP Sorsogon were blessed in a turnover ceremony formally held at 8 a.m. Wednesday, November 3, 2021.

In PMaj Sadia’s message, he expressed gratitude to City Mayor Ma. Ester E. Hamor for her sincere support for the police.

According to PCOL Brual, in his message, “due to the support provided by the City Government to SCPS, the City has a significant decrease in Crime Incidence.”

As a result, Sorsogon CPS was honored as No. 1 Provincial Police Station.

PCol Brual added, the Sorsogon police are lucky because the City Government led by Mayor Ester Hamor is always ready to help the Sorsogon CPS.

Meanwhile, the Kasanggayahan Police are also lucky because of the support provided by the Provincial Government under Governor Francis Joseph “Chiz” Escudero, the help that enabled the Sorsogon PPO winning the honor as the “Best Police Provincial Office in the Country.”

Good feedback from city people say that these vehicles have big impact on the PNP Patrol Plan which always maintain Police Visibility.

According to PCol. Brual, the feedback from the people is good because they see the presence of the police, making everyone feel safe living in Sorsogon. (Bicol Express News)