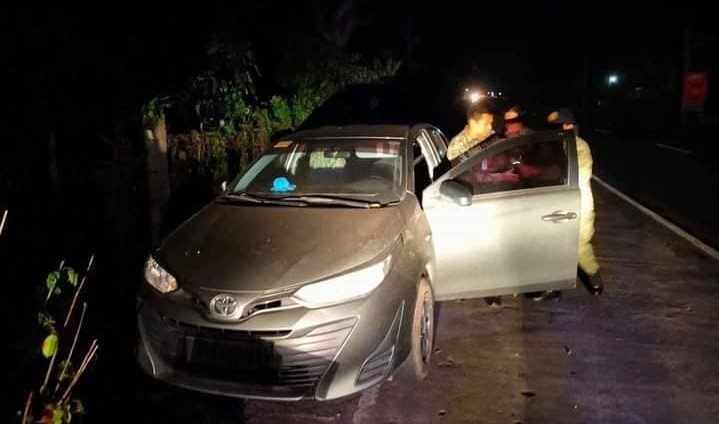 Abandoned car of PCpl Erick I. Cabilao. Photo from FB

Police headquarters finds it strange that fellow policeman, PCpl Erick I. Cabilao who was first reported missing on Friday, November 19, 2021 was found safely, 5 days after, at his girlfriend’s house in Nabua, Camarines Sur on Wednesday morning, November 24.

Rewinding back 5 days ago on Friday, PCpl Cabilao was reported missing after his vehicle was found in Barangay Pecuaria, Bula, Camarines Sur.

Fast forward on Wednesday 5 days after, Baao MPS disclosed that Cabilao’s mother called, informing the station about her missing son was “found” in the house of his girlfriend.

The only thing Cabilao allegedly remembered was that he took a bus to Metro Manila last Nov. 18. Thursday, when he saw the bus billboard “Pasig City”, and he remembered that his cousin is in Pasig whom he immediately called.

The mother said her policeman-son did not clearly remember what happened to him.

He allegedly stayed at his cousin’s boarding house.

Meantime, his cousin in Pasig immediately called Cabilao’s mother in Baao to inform her what had happened to him.

On Tuesday, November. 23, Cabilao boarded a private vehicle back home to Baao.