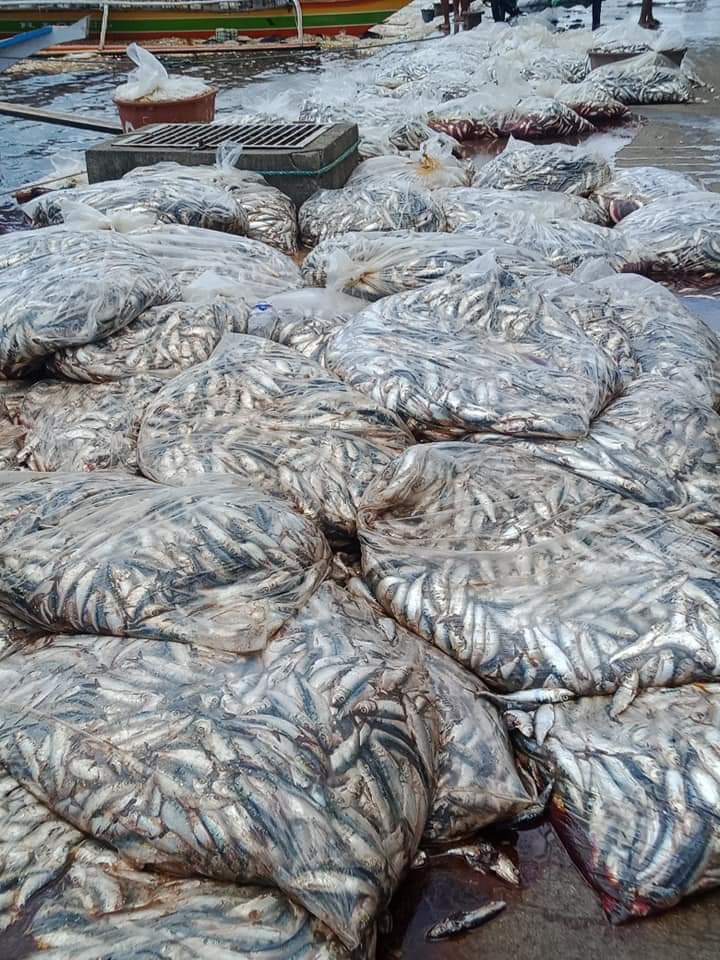 BULAN, Sorsogon – With the belief that the operation on March this year of the sardines canning factory in this town will give them a good payday for their catch of “Tamban” locally known as “Lawlaw” in volumes it turns out to be a huge loss for them.

The catch left to rot at the fish port here though it was offered to fish traders in discounted price with no takers. Some of the fishing vessel crew were paid on percentage wage depending on the total amount of their catch less expenses as this case left them with an open mouth of disbelief.

The canning factory capacity per operation is ten metric tons and the catch left rotting is less than that volume. The factory can take in as much as 30% of their catch which could be a big help for them but for unknown reasons it remains to rot.

With the issue on hand the officials of Bulan have not issued a statement of support to the fisherfolks nor any word was heard from the canning factory.