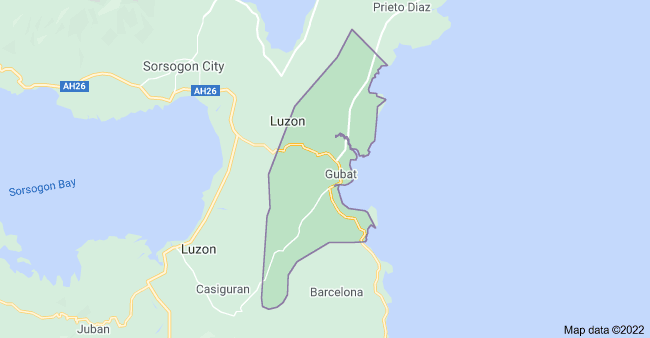 In Gubat, Sorsogon, there were emergency and medical requests not attended to by the MDRRMO Gubat and some people blamed the shortcomings in the firing out of trained personnel by the new Mayor.

The disaster personnel in Gubat had been trained to save lives, and they were taught how to meet challenges in emergency situations. The local government paid for their training, charged to the pocket of Juan de le Cruz.

Now, 17 of these trained disaster personnel were kicked out from their jobs owing to local politics.

Their employment contracts were not renewed by the new Administration who wants to bring in their own people.

With new, inexperienced faces in the frontline of disaster and emergency response, problems started pouring in.

Criticism is now raining down on the Local Government of Gubat due to inaction on emergency and medical requests at the MDRRMO.

It is said that the new staff of the said office do not yet have the training and skills after the new Mayor did not renew the previous and trained personnel.

When the 17 trained disaster personnel were fired out, or their contracts were not renewed, inefficiency on the Emergency Medical Service (EMS) started snaking, crawling in.

In the public notice released by the MDRRMO, “With the change in the administration, the change in the Job Order personnel working in LGU-Gubat, Sorsogon. To the service that is affected is the 24/7 Emergency Medical Service (EMS) which is given to the MDRRMO Gubat, Sorsogon; this will be temporarily stopped. This situation is only temporary, while the new people are being arranged; they still need training to provide good public service.

In the FB post of Roberto Esteves Enaje, “my wife Ruby went to the MDRRMO to ask for help for a senior citizen to be taken to the Gubat Emergency Hospital because he was attacked by an illness. The head of the MDRRMO said it was not possible because the training of personnel. No one was able to lift it (the patient) except for the neighbor woman and tricycle driver. I was not in Gubat because I was returning home from Manila. MDRRMO Gubat could not help, by the mercy of God the old patient died.”

There were also some accidents that were not addressed by the MDRRMO Gubat.