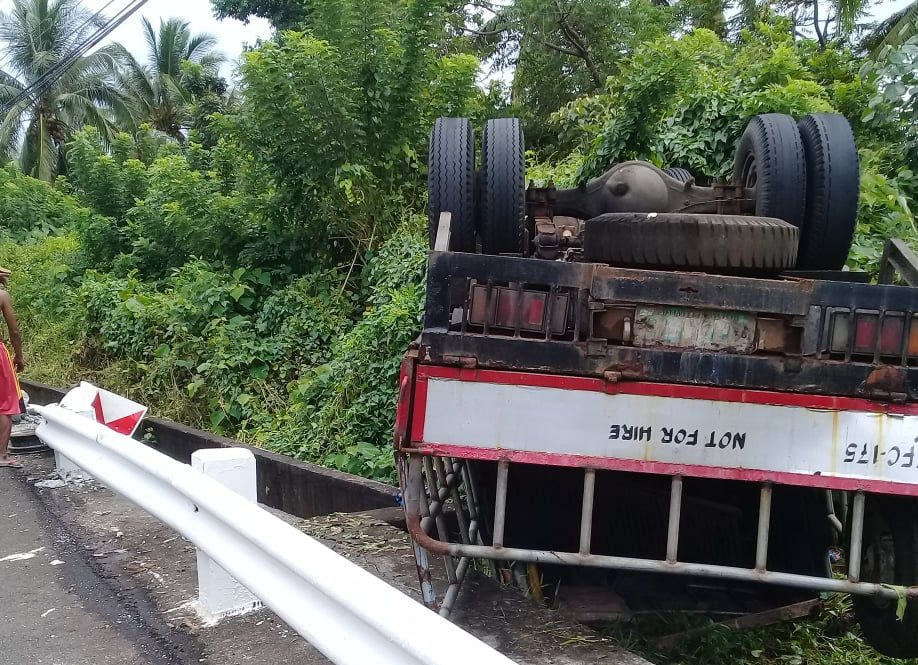 A fish dealer truck skidded along a wet road, hit the railings, and turned upside down, along Km 23, San Isidro, Castilla, Sorsogon Province at around 6 pm October 5, Tuesday.

The unnamed driver, according to witnesses, suffered minor contusions on different parts of his body.

The truck was cruising to Legaspi City when the accident occured.

The accident happened during the time heavy rains were pounding the area.

The driver lost control of the vehicle, resulting to skid, its un-controlled swerving had hit the railing, and turned upside down.

As of press time, a boom truck was in the accident site, repositioning the ill-fated truck 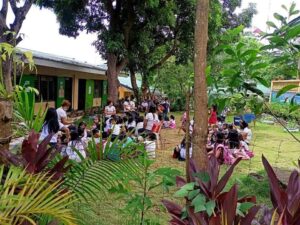 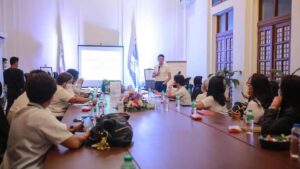