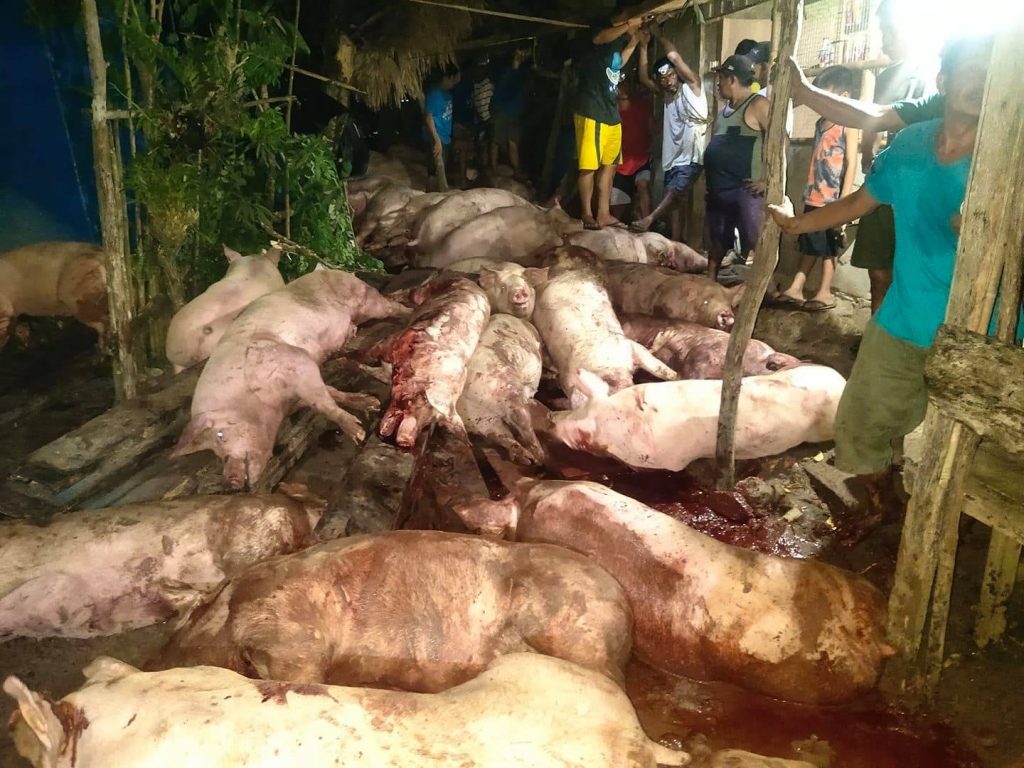 An Isuzu 10-wheeler truck carrying 115 live pigs overshot on the road when its brakes allegedly malfunctioned, causing the truck to land in the other lane and overturned.

The delivery truck was negotiating a sharp curve in Matnog, Sorsogon when it lost its brakes.

The driver and two of his men were safe, but 77 pigs died.

The delivery truck came from Bukidnon and was proceeding via Matnog to its destination when the accident occurred.

According to the report, the truck was carrying 115 live pigs, only 38 pigs survived.

The accident happened past 7 p.m., Thursday.

According to report the 77 dead pigs were given away to residents, and locals who helped in the retrieval of surviving pigs.