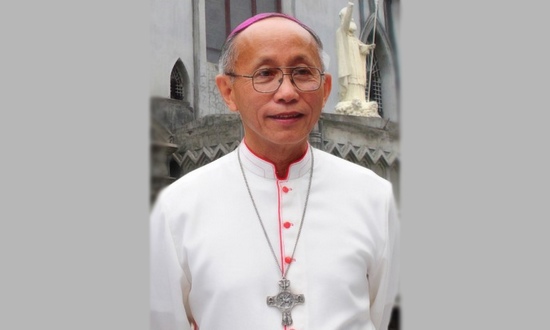 “Blessed are the peacemakers, for they will be called children of God.” (Matthew 5:9)

An ecumenical church group lauds the Senate committe for slashing the budget of the President’s anti-insurgency body by 24 billion pesos, but the remaining 4 billion pesos is still big money for a task force.

On Friday, Philippine Ecumenical Peace Platform (PEPP) in a statement welcomed the decision of the Senate committee on finance to cut the 2022 budget of the National Task Force on Ending Local Communist Armed Conflict (NTF-ELCAC) from P28 billion to P 4 billion and reallocating the excess funds for COVID-19 response.

“However, P 4 billion is still a very substantial amount for an agency that, since its existence, espoused a culture of hatred and violence instead of a culture of dialogue and peace.”

“The government could have used these billions of pesos to address the basic needs of our people, especially in this time of the COVID-19 pandemic.”

Moreover, it raises an issue of transparency as even the Commission of Audit has admitted having trouble auditing the expenses.

Contrary to its name to end local armed conflicts, the NTF-ELCAC becomes a hindrance to the promise of peace, PEPP said.

The NTF-ELCAC is now the critical weapon in the total war against the so-called terrorists.

According to PEPP, this total war relies on the use of violent means. Consequently, it only increases the violations in human rights and international humanitarian law. We are witnesses to the results of this total war strategy of the government as seen in the numerous killings, threats, harassment, and bombing and restriction of movements of farming and indigenous communities in remote rural areas as in the recent case of aerial bombing in the Bukidnon hinterlands.

“The NTF-ELCAC has also become notorious for its rampant red-tagging. It is responsible for vilifying even church organizations, church leaders, and members. It is also responsible for the withdrawal of the publications of the NDFP from several state universities, among them being the printed agreements related to the peace talks,” the church said.

“Based on our faith in our Lord, Jesus Christ, the PEPP believes that violence breeds injustice, which results in unpeace. This complicated conflict will not be solved by an all-out war, not even a counter-insurgency program with billions of budgets if the government does not address the roots that fan its flames.”