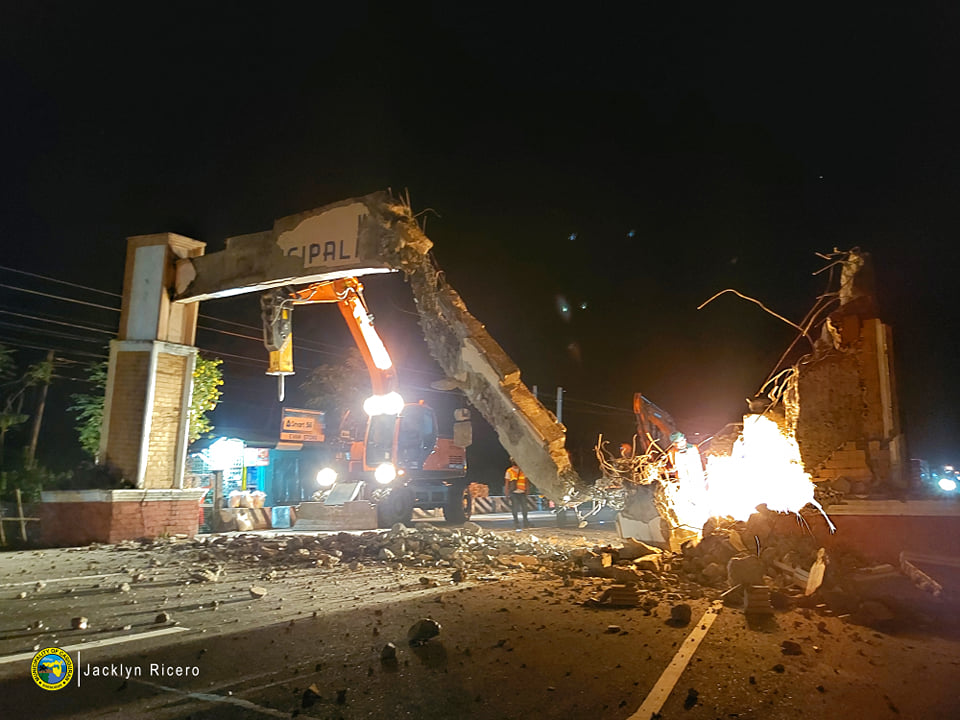 Department of Public Works and Highways (DPWH) personnel yesterday tore down the Casiguran iconic boundary markers between Sorsogon City and the town of Casiguran at Barangay Abuyog and Barangay Boton were demolished by DPWH, together with the marker designating the jurisdiction of Casiguran in Lungib from Tughan in Juban.

The boundary markers had been considered as obstructions to free flow of traffic on the four-lane highway.

The local government has to let them go due to safety reasons.

But, many were saddened over the demolition of the iconic boundary markers.

It was one of the attractions of Casiguran where visitors always stopped by, and took photos whenever they passed by the area.

The boundary markers were constructed in 2000 during the incumbency of Mayor Edwin “Boboy” Hamor.

Casiguran earned the Hall of Fame as the Cleanest and Greenest Municipality in the Philippines, during Mayor Hamor early terms, navigating then the sleepy town at that time toward its current growth.

Now, Casiguran is ahead of 18 years in terms of development in the Bicol Region, according to Government think thank.