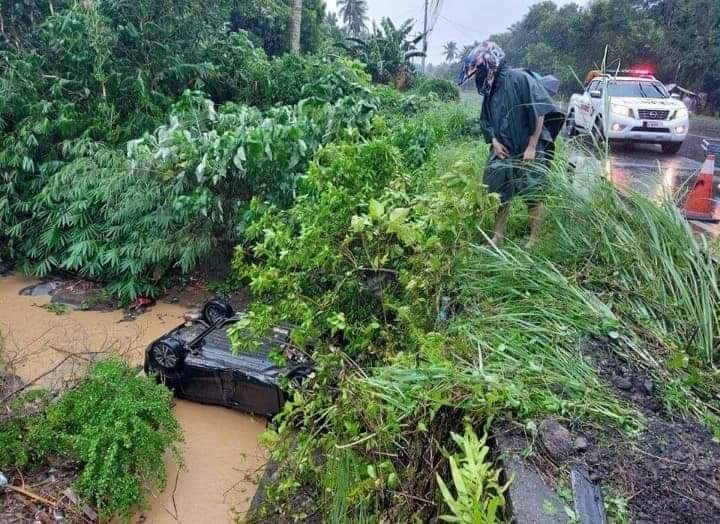 A car plunged into a river in Barangay Milagrosa, Castilla, Sorsogon past 2 pm Tuesday.

According to Castilla MDRRMO Officer Edgar Ardales, the residents quickly rescued the driver of the vehicle before a rescue team arrived at the accident area.

The car had slipped, fell into the river during heavy rains due to typhoon Jolina.

“The driver was alone, not injured. Good thing, the residents quickly rescued him  that he would drown if he did not get out of the vehicle which had overturned”, Ardales said.

The accident was not the first case in the area that the town government with DPWH will inspect and resolve the road structural problem.