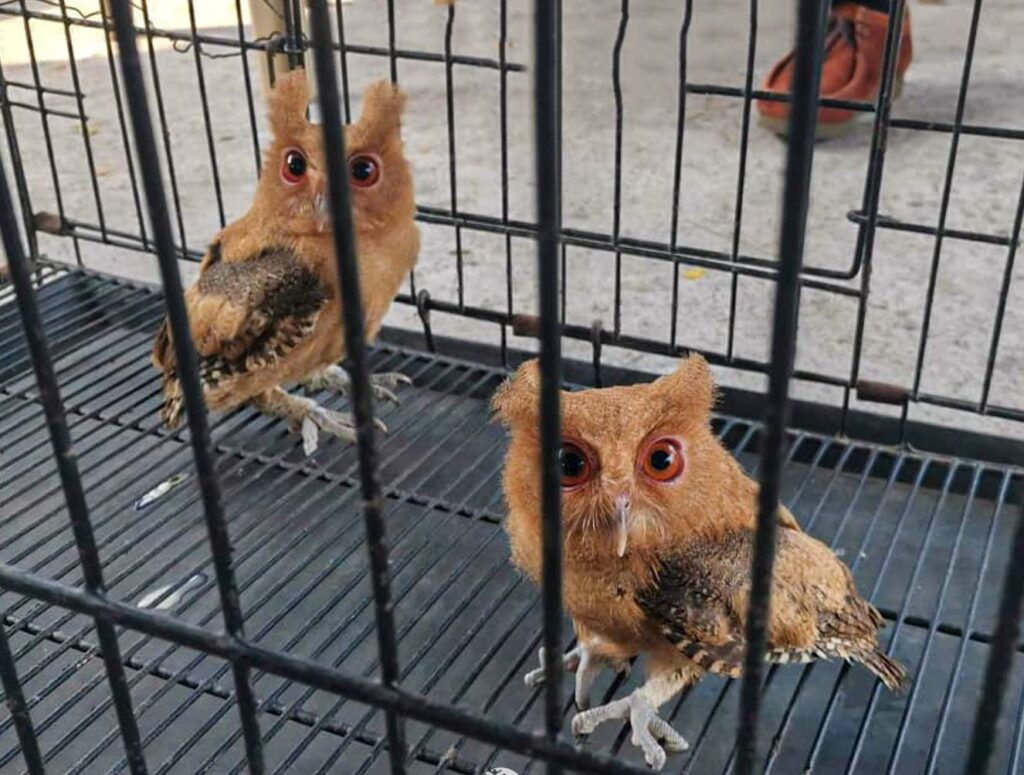 The linemen, connected with the PLDT Telecommunications Company, turned over the scops owls to the Community Environment and Natural Resources Office (CENRO) in Iriga City, Camarines Sur province, 480 km south of Manila.

According to Rex Lepiten, a PLDT crew, while they were conducting a maintenance operation and replacement of wooden service post displaced by the past typhoons, they observed two (2) owlets inside the hole of a rotten post.

They immediately rescued them and turned over the wildlife species to the environment conservation office.

Since the wildlife species were still juvenile, the same were turned over to the Albay Park and Wildlife in Albay Province for temporary care and custody until it can be ready for release.

The Philippine Scops Owls belong to the non-threatened species, but there is still a need to conserve and protect these wildlife.

These owls are not recommended to be treated as pets given their nocturnal nature.

They prey on insects and small mammals, hunting them from perches in semi-open landscapes, especially at night.

The DENR V office headed by OIC, Regional Executive Director Atty. Antonio A. Abawag continuously calls on the public to report such incidents and turnover any wildlife to proper authorities for proper handling and release to its natural habitat.

Continuous information, education and communication (IEC) campaigns are being conducted by the DENR, which have caused increasing numbers of public turn overs to the office.