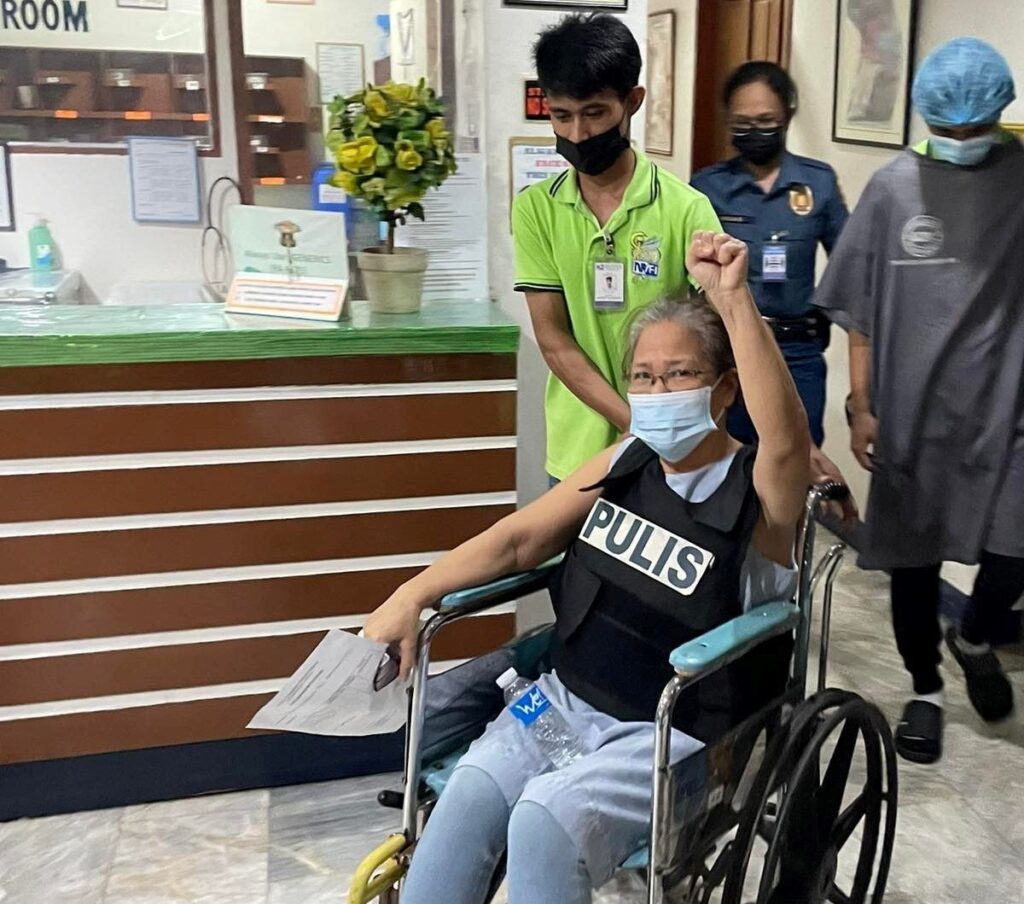 Makabayan Coalition and local groups condemned the arrest of its former BAYAN Muna Partylist 4th nominee and MAKABAYAN Bicol Coordinator, Marites Pielago, while she was being treated at a hospital in Naga City, Camarines Sur.

Pielago, 63, was arrested for alleged offenses by combined forces of the police and the military, considered by protesting groups as trumped-up accusations.

There is a scheduled arraignment on August 10 in RTC Branch 59 in Iriga City.

According to a police report, at about 12:20 AM of July 28, Thursday, operatives arrested Pielago at Dr. Nilo O. Roa Memorial Foundation Hospital in Naga City while receiving medical attention due to nausea and vomiting.

Pielago was arrested by virtue of Two (2) Warrants of Arrest issued by Hon. Maria Clarissa l. Pacis Trinidad, Presiding Judge of RTC Branch 36, Iriga City, 5th Judicial Region, for the crime of alleged murder without bail issued on August 8, 2019, and for the alleged frustrated murder.

Defend Bicol Stop The Attacks Network called for the immediate release of Pielago, clamoring that “the arrest of Pielago, decades-long rights activist, under the illegitimate Marcos administration is another vile attempt to silence those fighting, and those who have fought for the rights and welfare of the people under the political and economic crisis-stricken Philippines,” in its press statement.

“The Marcos administration’s NTF-ELCAC is apparently just continuing the same old tricks of the notorious agency created and unleashed during Duterte’s time. We demand the immediate dismissal of the cases filed against our colleague Tess Pielago; we demand for her immediate release as she is innocent of the bogus charges filed against her. Pres. Marcos Jr. should order a stop against these attacks on human rights defenders and progressive leaders like Tess,” said Zarate.