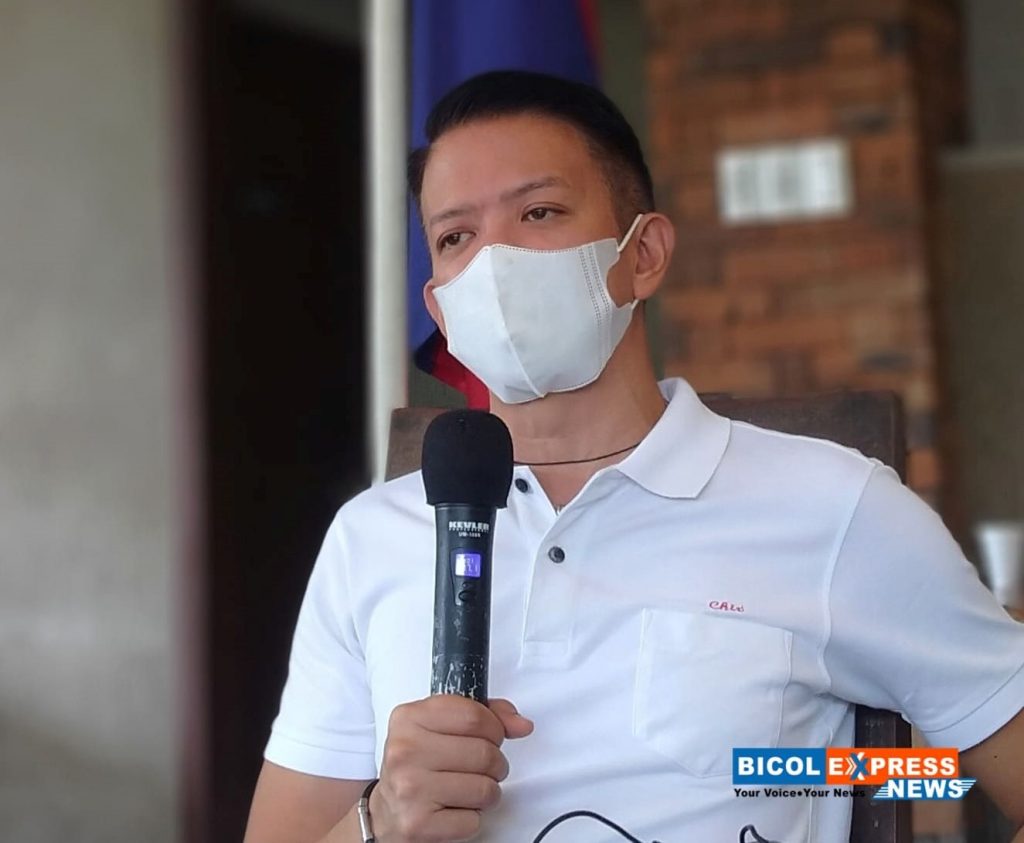 Believing that the best vaccine is the one available, Sorsogon Governor Chiz Escudero Escudero revealed that he was inoculated with Sinovac and has no regret as others say another brand is better. It was an opportunity that he took for prevention even an ounce is better than a cure.

Since the Bicol Region is ranked second to the last on the total number of vaccinated individuals nationwide and the province of Sorsogon ranked four among the six provinces of the region, Sorsogon Governor Chiz Escudero issued Executive Order No. 29-2021 aimed to identify the weakest link in the provincial vaccination drive.

The EO tasked the local government units to documents areas of concern and other issues related to the low turn-out in some municipalities of qualified individuals for vaccination. He explained that a show cause order will be issued against an LGU if within two successive weeks the target of 1000 doses for administration was not met but clarified that he has no intentions to discredit nor punish any LGU for its failure to reach the demanded quota.

The EO proposes additional satellite vaccination centers in strategic locations to accommodate more residents and it offers a million peso incentive for the first twenty barangays who fully vaccinated their qualified residents until December of this year.

It gives smaller barangays a chance to succeed in augmenting their general fund. This amount is subject to liquidation and the scheme needs a provincial ordinance for the allocation. This is an incentive for a local government unit not to dis-incentivized was the idea for the million pesos.

If this happened in a barangay then restriction in group sports among its residents may be lifted but these measures are still precautionary and the discretion to allow rest with the local government concerned.

They are on the ground, they know what ails their process and I want it documented so the province if need be can intervene and assist them. We cannot also blame them if they lack medical front liners or if they have already exhausted their funds in mitigating the increase of affected residents, he said.

Escudero action is a step to negate the possible filing of sanctions by the interior department as it aimed to reach a herding community which means at least 70 percent of the population received inoculation. The documentation of the issues and concerns affecting the roll-out will determine a specific plan of action on the area of weakness and strength per local government.

Sorsogon received a fraction of vaccine doses as it grapples with the pandemic and the reluctance of the population because of the vaccine brand recorded a low turn-out.

Lately the province received 40,000 doses of Pfizer with an expiry date of December but without the corresponding syringes. This miscue
further delayed the roll-out.

The governor’s EO calls for a massive vaccination drive in the province with the opening of the 12-17 age bracket and encourages a wide range of public information by media mileage to achieve the goal.

In relation to this, Chiz Escudero said that if household members are fully vaccinated, a relative from other provinces coming to Sorsogon may stay with that household without confirmatory RT-PCR testing.  Quarantine eases this measure.

The governor informed the public that they have stopped issuing LOE’s(Letter of Exemption) with the belief that each local government is ready to undertake the intent of the Executive Order and such plan of actions which they are to implement aside from the current undertakings may lead to achieving a herding community in their areas.

On the latest count according to DOH there were 30 million Filipinos inoculated a far cry to achieve the herd target of the country’s population of more than 108 million.