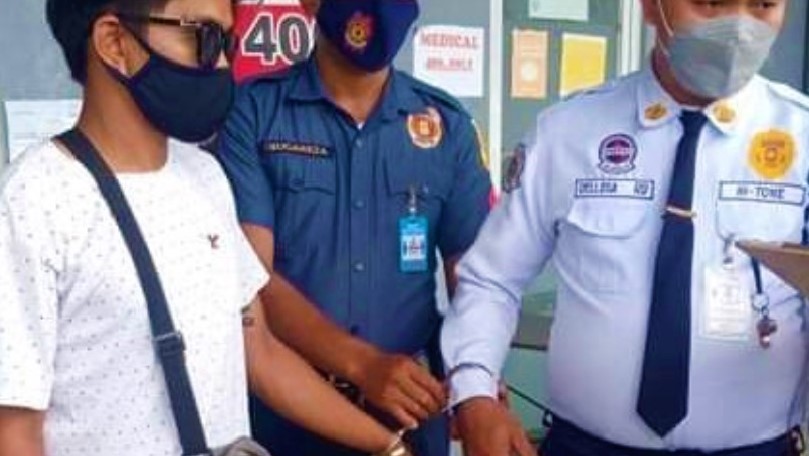 A suspected “fixer” and his security guard cohort were arrested by the Anti-Red Tape Authority (ARTA) at the Land Transportation Office (LTO) Sorsogon Field Office Compound on Friday, 18 February 2022.

According to a report, ARTA Secretary Belgica, along with his top management and other key government officials, were conducting an inspection on the field when they caught the “fixers in the act”.

The victim, a 19-year-old lady, was in the process of applying for a (driving license) student permit when the security guard encouraged her to secure the necessary documents outside the LTO premises for “faster processing”.

ARTA learned, the guard persuaded the victim to take the document out of the LTO office because it was “easier” to process her papers, so she was enticed.

“Fixing: no need for exam, training, only grease money”

Narrating to ARTA, the victim obtained a medical certificate without taking the medical examination.

She took a certificate of completion in a driving school without theoretical training, all of which she paid P2,000. including the processing of her papers.

The suspects are now under custody of the Sorsogon City Police Station and may face charges for violation of Republic Act No. 11032 or the Ease of Doing Business and Efficient Government Service Delivery Act of 2018.

Meanwhile, ARTA Sec. Belgica reiterated his reminder to the public not to deal with fixers.

In a related move, the LTO-Region V commended the Authority’s action and stressed that they do not tolerate any form of red tape in their offices.

“We commend the Anti-Red Tape Authority (ARTA), headed by its Director General, Atty. Jeremiah B. Belgica, on the surprise inspection that it conducted on February 18, 2022 at LTO Sorsogon District Office, which led to the warrantless arrest of two (2) suspects for violation of Republic Act No. 11032 (RA 11032), otherwise known as ‘Ease of Doing Business Law,'” its official statement read.

“LTO Regional Office V shall continue in its efforts in ensuring that transactions in the agency are compliant with the mandates of R.A. 11032 and other laws and regulations,” it added.

The LTO-Region V also encouraged those who experienced instances of fixing or red tape to file a report through their official Facebook page or mobile number at 09294999577.

For its part, the Authority put up an ARTAmbayan Outpost at Matnog Port which will serve as an avenue for the public to relay their red tape concerns.

ARTA also welcomes complaints and concerns on red tape that the public can send through variuos channels: through physical filing by mail, through calls and texts at its various hotline numbers, via email, or via its social media platforms.