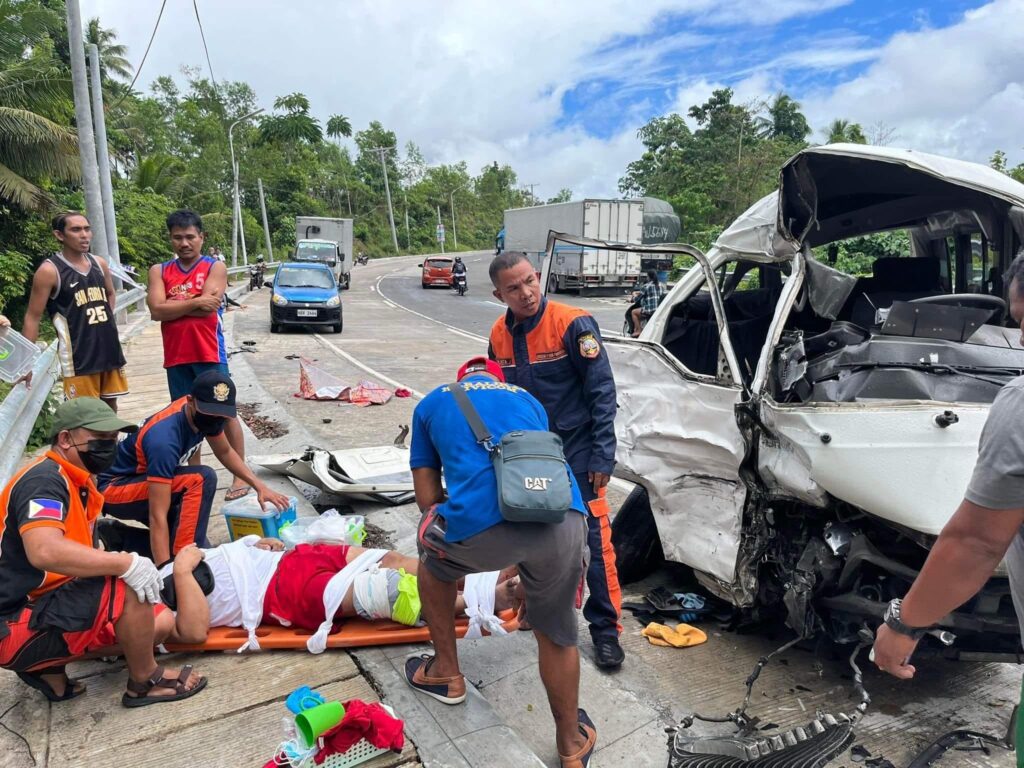 Seven (7) persons were injured on Sunday in truck and van collision in Del Gallego, Camarines Sur.

The van was heavily damaged, but the truck front part took slight damage.

The accident happened along Andaya Highway, Barangay Comadaycaday, Del Gallego where the van driven by Markein Siman y Peregrino, 37, of Parañaque City, slipped on the road.

The injured, on their way to Manila, are:

Police has not yet confirmed if it is a passenger van, taking note that some of the passengers have children.

According to police, the van took the line of the truck on the downhill road.

Its driver was Rogelio Abad y Mancho, 22, of Narvacan, Ilocos Sur on his way to Matnog Sorsogon. It crashed into the gutter of the road.

The injured were taken to the Tagkawayan Quezon hospital.

Meanwhile, in Balatan, Albay, a jeep fell into a shallow ravine and the injured were given first aid.

Another blue van was also involved in an accident near the Lupi Bridge in Tinambac Camarines Sur on Saturday. The injured were taken to the hospital.

As of this writing, the PNP has not yet made an official report on the latest accident.