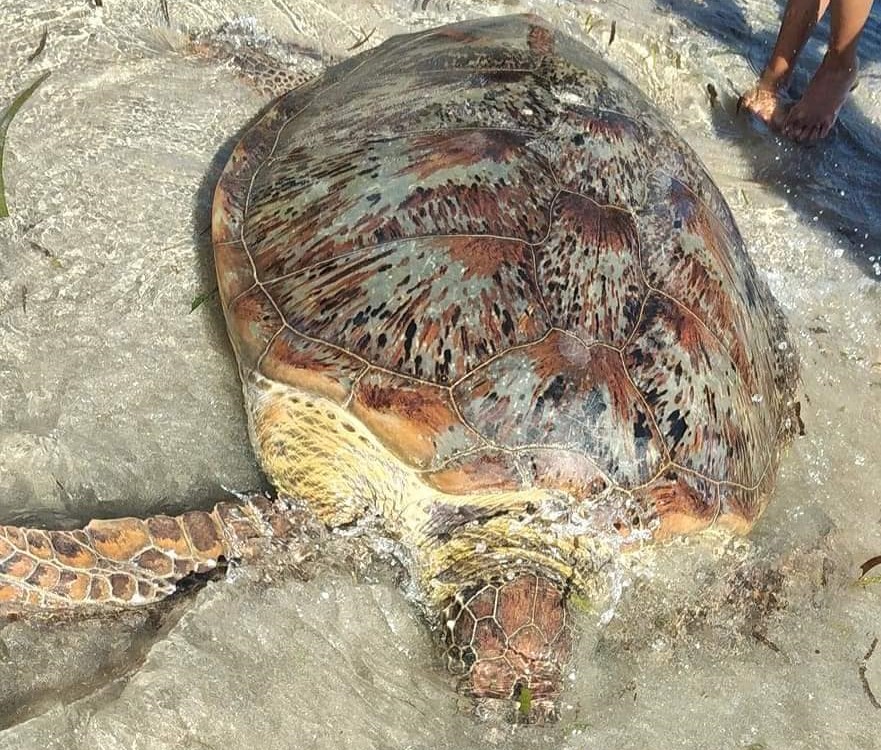 GUBAT, SORSOGON, Philippines – A 100- kilo hawksbill turtle was released Sunday morning into the sea off Sorsogon, after getting trap in a fishnet.

The hawksbill seaturtle, a female, was turned over to the Local Government of Gubat, Sorsogon, from fisherman Juan Esteviel after the 100-kilo seaturtle was trapped in his fishing net.

Immediately, it was turned over to the Gubat Municipal Environment and Natural Resources from the Barangay Council of Bagacay, according to Aira Alcera, a researcher.

The seaturtle was released to sea off an eco-surf farm in coastal Barangay Buenavista with the help of 4 men.