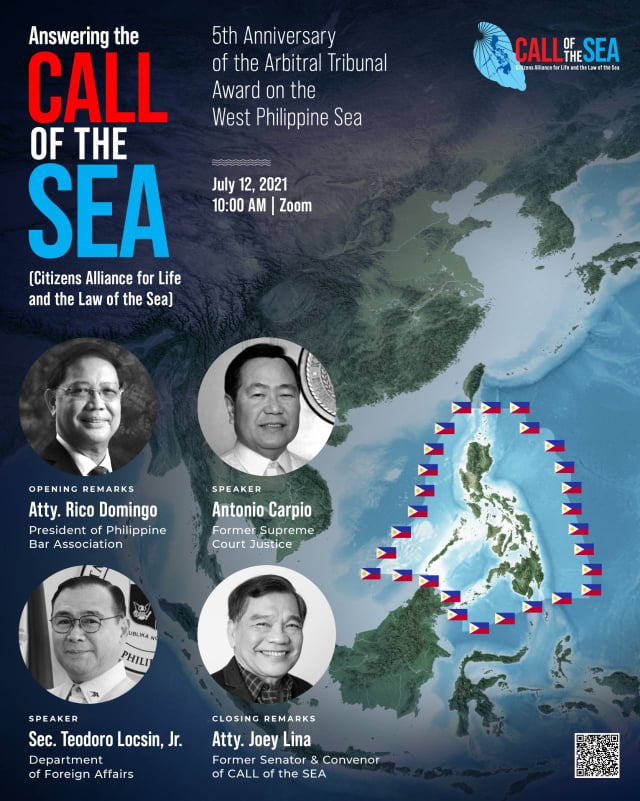 Stakeholders for peace and freedom of navigation in the South China Sea express unity and solidarity with Filipino stakeholders wanting to defend sovereignty in the West Philippine Sea that has coverage over its Exclusive Economic Zone (EEZ).

A ten-point program was presented among regional peace stakeholders on the day of the fifth anniversary of the Philippines’ victory over China having been granted the Arbitral Award in the international forum.

The 10-point program was presented during the Citizens Alliance for Life and the Law of the Sea (CALL of the SEA), Zoom Conference entitled “Answering the CALL of the SEA”on Monday, July 12, 2021, at 10:00 AM.

US-based Filipino lady lawyer Loida Nicolas Lewis, who hails from Sorsogon Province, is a leading proponent of the CALL of the SEA.