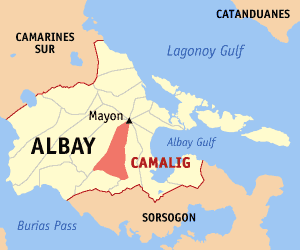 Barangay captain of Taladong, Camalig, Albay, Salvador Nuarin, was wounded after being shot by an unidentified person using a gun.

The shooting incident happened at Barangay Cotmon, same town, at about 8:30 AM, Friday morning, May 28.

According to PNP Region 5 Spokesperson PMAJ Malu Calubaquib and Albay PPO Spokesperson PLt. Kharren Formales, barangay captain Nuarin was shot with unknown caliber, sustaining injuries on the body and was rushed to BRTTH hospital in Legazpi City for medical treatment.

A police team was dispatched to Barangay Cotmon to investigate.