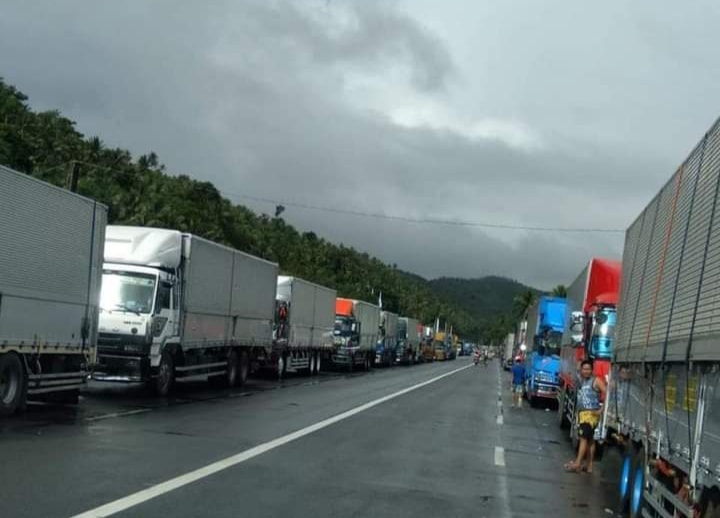 4,046 passengers were stranded at Matnog port Sorsogon, after the Philippine Coast Guard (PCG) ordered the cancellation of sea travel due to bad weather caused by typhoon Agaton.

According to Achilles Galindes, Acting Division Manager of the Philippine Port Authority Matnog, in their updated record Tuesday, up to 525 trucks and 359 light vehicles, 45 ELF Trucks and 145 motorcycles were stranded, lined up. towards the port of Matnog.

Galindes opined the number of stranded passengers were expected to increase especially if many continue their sea travel for vacation this Holy Week.

Meanwhile, the Coast Guard continues to distribute free food to stranded passengers at the Matnog port.

The 14 roro vessels are ready to sail once the Coast Guard issues an order that they can sail.

In this regard, the said official notified the public especially the travelers going to the said place that while they have not yet entered the Matnog, they will cancel their travel first, or look for a place to stay temporarily while waiting for the weather to improve.