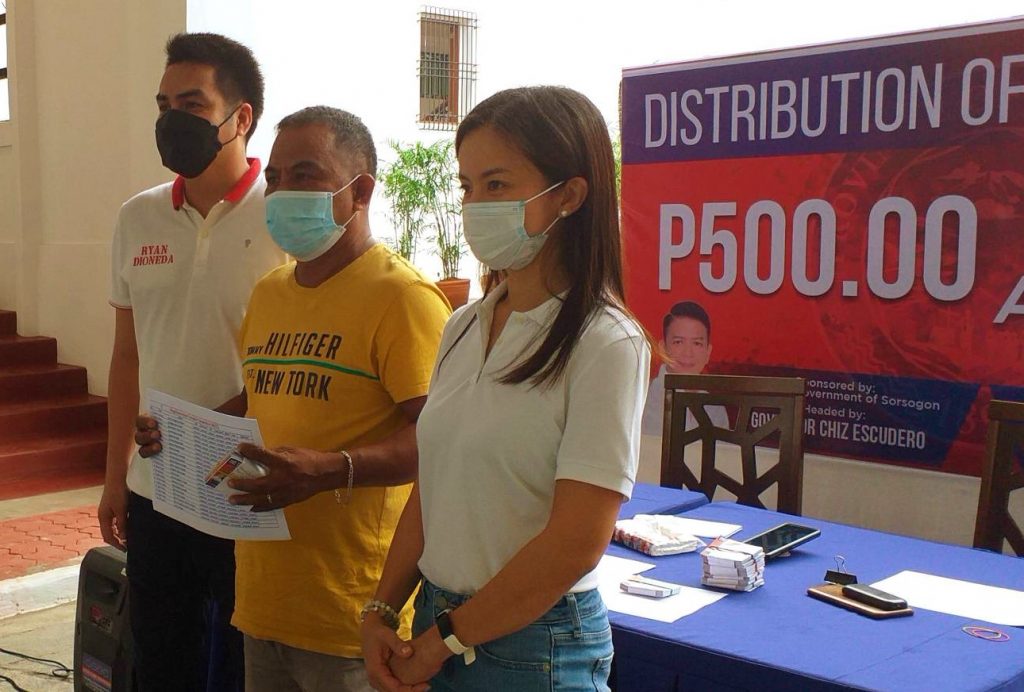 In a move as a response to the efforts of the sacrifices of the public transport sectors of this province, the provincial government allocated more than 300 hundred thousand pesos gas assistance distributed to the transport cooperatives and associations.

This is the first time that the group received this assistance which was made possible with the passage of a Sangguniang Panlalawigan Resolution authored by Board Member Ryan Dioneda that granted one-time gas assistance of 500 pesos per unit of all franchise jeepney and for-hire van operators operating in the province. The group is considered essential this time of the pandemic.

The assistance was a coping measure with the continued rise of gasoline prices taking a big slice on their daily income.

Governor Chiz Escudero said that this can be continued next year because of the increase in the allotment revenue share of the province from the national government but could not be in the long term because, by 2023, the share of national allotment for the province will decrease.

The governor also mentioned that the sector upon the recommendation of BM Dioneda which he supported openly the vaccination slots of the jeepneys and van drivers. It will also include the tricycle operators and drivers association on a later schedule.

With the exclusion of the TODA, there are 792 operators province-wide. The gas slip has no expiry and one may opt to use it anytime and was entrusted to the respective association, coop presidents for distribution.

To safeguard the fund’s release, a listing as provided by the transport group will be individually acknowledged by the driver/operator recipient as a liquidation of the issued gas assistance slip. The province solicited different gas stations operating in the province as a partner station for easy access to specific routes.

Board Member Dioneda expressed his appreciation to the governor for making possible the 500 pesos gas assistance and to his colleagues for their unanimous support in passing the measure. He assured the sector of his readiness to render assistance to them.

I consider the sector as a prime mover of economic activity of the province, their well-being is not only my concern but it was taken positively by the leadership of the province echoing the hashtag #KadaSorsoganonMagdanon.

He urged the group’s cooperation that health protocols be among their priority adding that a safe transport sector redounds to a healthy populace.