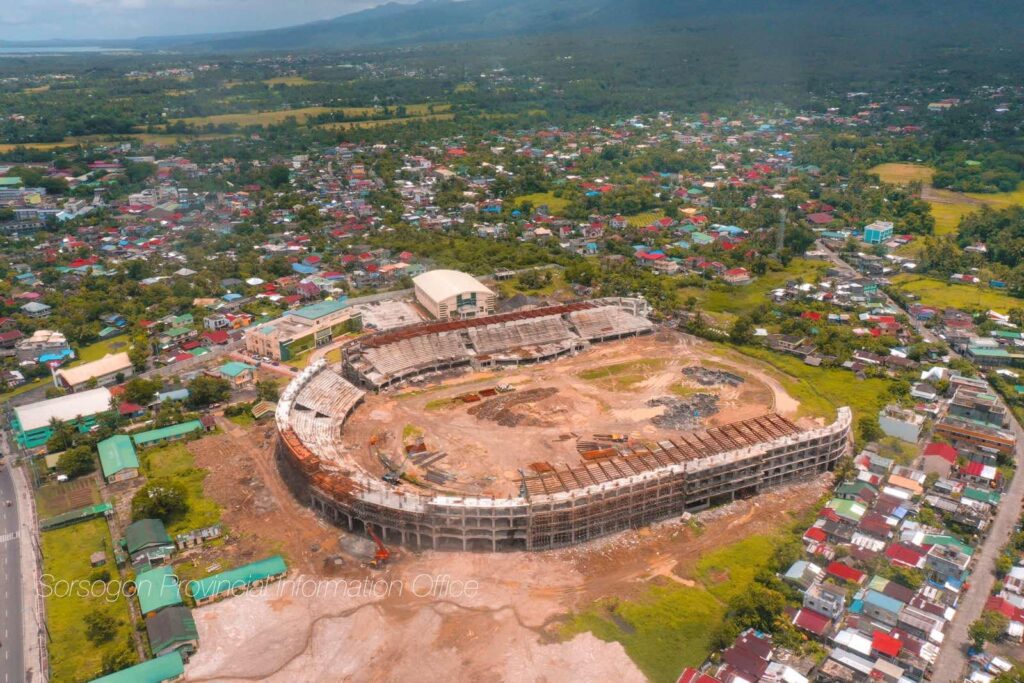 SORSOGON PROVINCE – Preparatory for the hosting of the Palarong Pambansa in 2023, the Province of Sorsogon renamed the Balogo Sports Complex to Sorsogon Sports Complex demolishing the old structure and begin constructing a modern Roman style coliseum with a 15,000 seating capacity.

This new centerpiece of the province will become the crown jewel in sporting events in Bicolandia with national standard facilities from the grandstand, track oval and ball courts. Facilities for meet officials, medical and press rooms are part of the design and a male and female athletes dorm.

Governor Chiz Escudero envisioned it to become a training facility for national athletes as the province is the crossroad to Visayas and Mindanao. The complex track oval will be laid out with the Mondotrack all-weather surface and the ball courts will have the tarmacadam asphalt or polymeric rubber crumbs.

It is a way for the province to claim its glory in hosting national sporting events a far cry when it hosted Palarong Bikol in 1994.

Anticipating the thousands of participants for the event, lateral to its development was the widening of the well-paved road network from the boundary of Albay up to the town of Matnog.

This legacy to the Sorsoganons is a step closer to produce another outstanding trackster as what Isidro del Prado and Honesto Larce accomplished years ago.