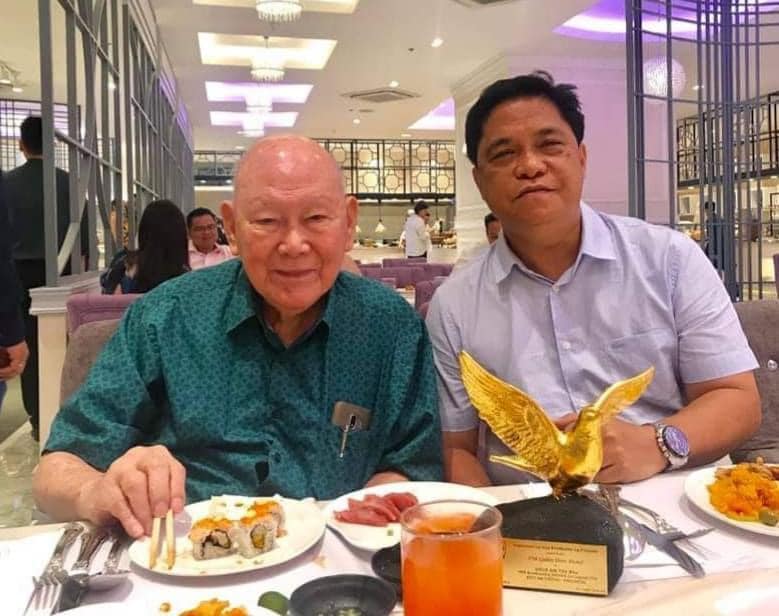 Celebrating its 63rd founding anniversary, DZGB-am Legazpi gives honor to its founder who is now an upcoming centenarian.

Staff of DZGB-am salute Mr. Jorge D. Bayona, the founding father of DZGB-am on October 24, 1958, together with his wife Carmen (+) at a time when there was yet no existing radio in the Province of Albay.

Mr. Bayona is now 97 and he will soon enjoy the rare chance of being a centenary.

According to them, his pioneering spirit and passion for public service made him as KBP’s Lifetime Achievement Awardee in year 2000 for his great contribution in the development of the broadcast industry, not only in Bicol but in the entire country.

“Today, as we celebrate the 63rd Founding Anniversary of DZGB-am, we wish to dedicate to him the humble achievements of what he started,” the staff said.

“His vision and the core values he planted of God-centeredness, Integrity, Fairness, Teamwork, Social Responsibility, Enthusiasm, Quality Service, Innovation, Professionalism and Dynamism has what made DZGB-am as the consistent Number 1 AM Station in Legazpi City for more than 3 decades now.”

“In his behalf, we wish to thank everyone–our listeners, advertisers, partners, sponsors and all collaborators, for continuously supporting and patronizing our station.”

“Now retired, Sir Jorge is our Chairman Emeritus, and his legacy continues because of the caring and able leadership of his daughter, our President Brenda Bayona-Locsin and her hubby Jose Locsin Jr, our new Chairman of the Board.”