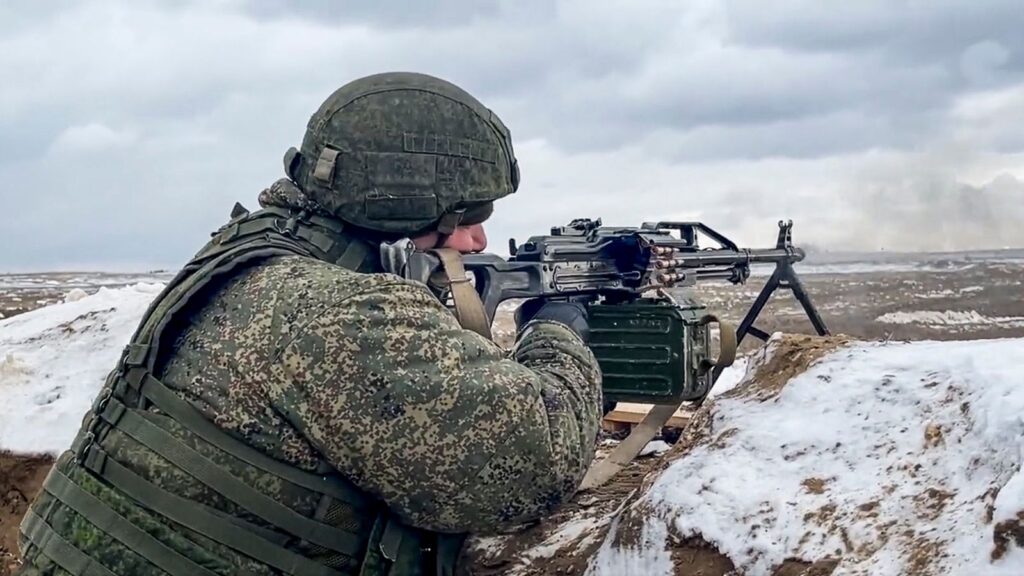 Some 130,000 Russian troops are stationed around Ukraine. Photo via Sky News

Sorsogon Province Governor Chiz Escudero in the Philippines has called on the Department of Foreign Affairs (DFA) to prepare for humanitarian flights that will bring back some 380 Filipino nationals working in Ukraine amid warnings by Western governments that an invasion by Russia is imminent.

Escudero has raised concern over reports that many nations have urged their citizens to leave the crisis-hit Ukraine,

News reports said around 100,000 Russian troops have amassed in the border of Ukraine, leading foreign governments to believe that an invasion is possible anytime.

“As other countries are calling on their citizens to leave Ukraine, I urge our DFA, if they have not done so, to do the same. We should also be ready to provide free humanitarian flights for our OFWs and repatriate them back to our country safely,” the veteran legislator said.

The Philippine Embassy in Poland, which has jurisdiction over Ukraine, is “in touch” with the Filipino community there, according to Deputy Assistant Secretary for Public and Cultural Diplomacy Gonar Musor in a statement issued on February 12.

Musor said most of the Filipinos in Ukraine live in Kyiv and nearby areas and are “therefore located far from the eastern border near Russia.”

Musor also said overseas Filipino workers “are encouraged to contact the embassy, report any untoward incident they might observe in their respective areas, and continue monitoring their Filipino friends through social media.”

Escudero, who is seeking a Senate seat in the May 9 elections, said the DFA should monitor the conditions of Filipinos living in Ukraine’s neighboring countries of Belarus and Moldova, as they may be affected if the situation worsens.

The Philippine embassies in Moscow and Budapest oversee Belarus and Moldova.