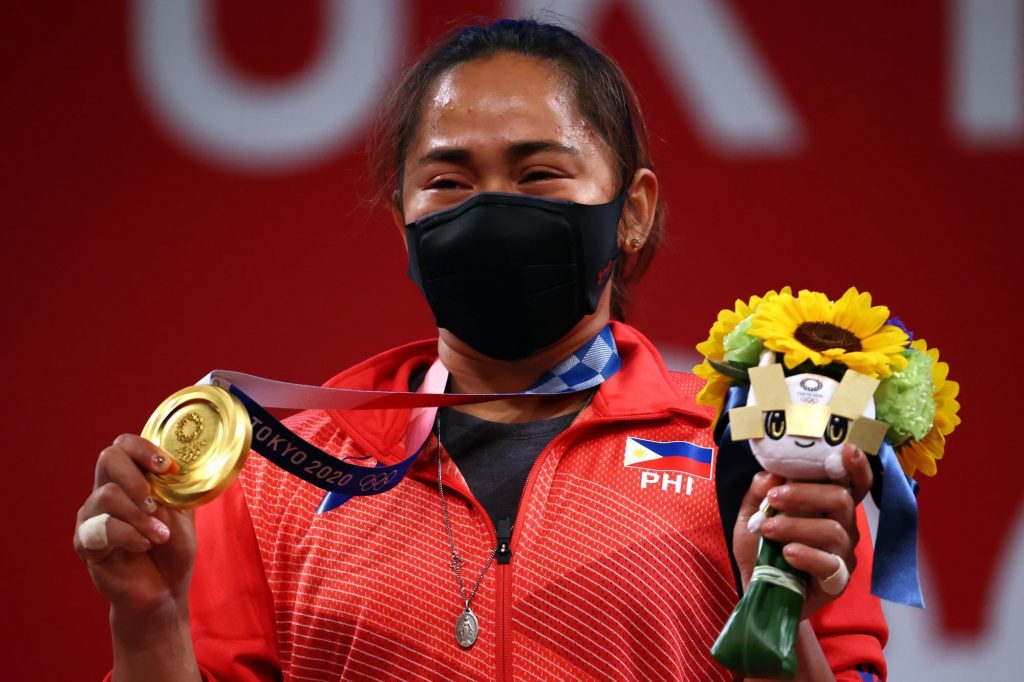 Closing out the event at 127kg, Hidilyn Diaz ended the long drought for the gold medal at the Tokyo 2020 Olympics. She is the only Filipino who won the coveted gold and stand tall at the Olympic Stadium. With tears of jubilation the 30 year old airwoman saluted the Philippine flag as the national anthem long never heard at an Olympic podium reverberated at the Tokyo International Forum.

Her achievement of Diaz in the snatch event of weight lifting was head to head. She cleared on her first attempt 94kg and tied the 97kg Olympic record on her second attempt. When Muattar Nabieva of Uzbekistan reset again the record for a 98kg snatch, Diaz looked to take the lead with 99kg but did not record the lift.

The 124kg which Diaz lifted in the clean and jerk against the world record holder Liao Quiyun of China lifting 126kg on its third try but Diaz closed the event with a 127kg golden lift giving her a 224kg total one more from the Chinese weight lifter.

The Tokyo Olympics is the fourth Olympic stint for Diaz. She was empty-handed in Beijing and London but got her biggest break in Rio de Janeiro Games in 2006 where she won a silver medal in the women 53kg.

The last time a Filipino Olympian won a medal was delivered by boxer Mansueto “Onyok” Velasco in the light flyweight division on 1996.

Her achievement lifted the entire country off its first-ever gold medal in an Olympic Games. with her golden achievement she is to receive 33 million pesos from the Philippine Sports Commission.