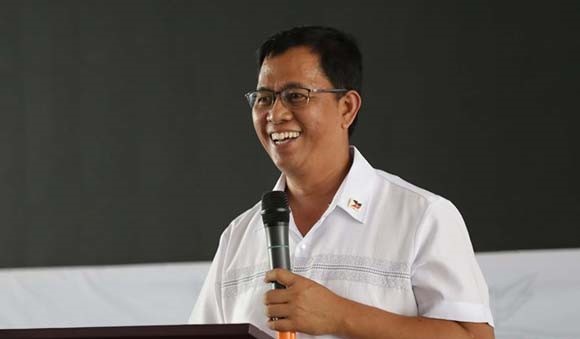 Receiving so much flak from a discerning public for placing his photo and name on tarpaulins displayed publicly, Mayor Nelson Legacion of Naga City in Camarines Sur apologized for this faux pas.

“I apologise that my pictures appear on the tarpaulins which are forbidden by regulations, but my intention is to greet the birth anniversary of the late DILG Secretary Jesse Robredo.”

The tarpaulins appeared for the May 27, 2021 Robredo’s 63rd birth anniversary.

The display of photos and names of public officials in dissemination of projects publicly is banned by DILG.

“This should not be happening in Naga City,” Mayor Legacion said.

“As Mayor, I accept responsibility but the said posted tarpaulins did not come into my knowledge.”

“This is the first time that my name has been dragged into this kind of issue, which I humbly apologize for the mistake.”

“I am sad that many are dismayed or are angered by this mistake. This is an isolated case that will not be repeated again,” he said.

“You must take note that my name and picture do not appear in all projects anywhere in the City, except on this occasion,” he said.