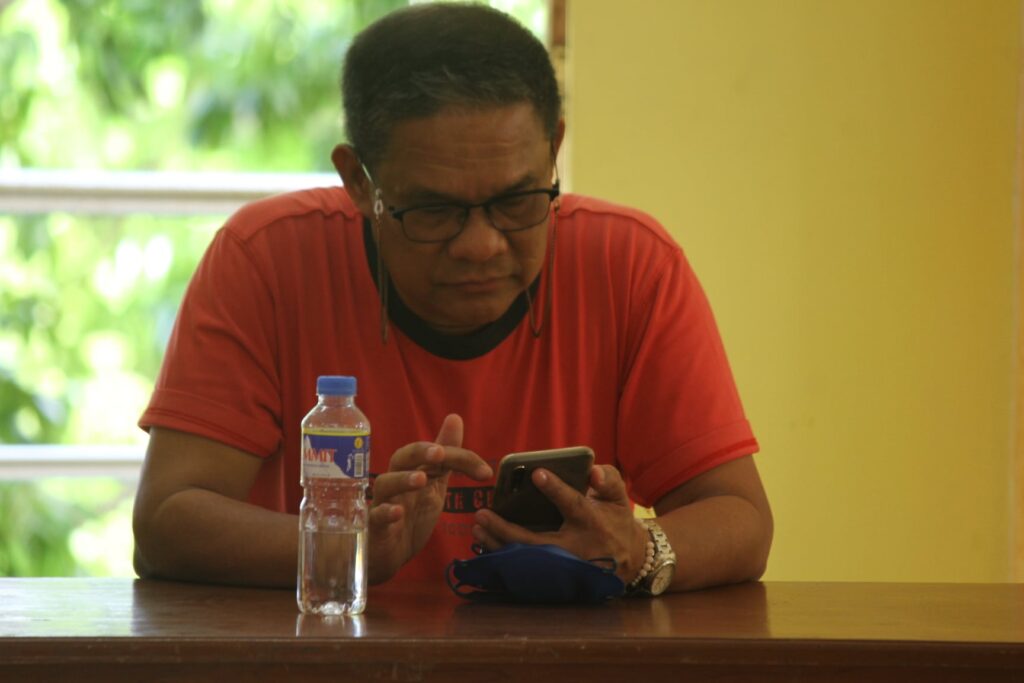 The incident on May 21 at Irosin did not calm the nerves of the people in Irosin wherein a near fistfight between Board Member Edmund Atutubo of Sorsogon first district and Lorenzo Ubalde, municipal administrator of the town was averted.

Atutubo was there because of his mandate as a member of the information caravan which aimed to discuss with municipal and barangay officials the role of the COVID-19 Task Force created for the purpose by Governor Francis ‘Chiz’ Escudero Executive Order No. 12-2021.

The statement of Atutubo posted in his facebook account made rounds on social media earned praises for the board member but more opposite numbers ridiculed him for his irresponsible behavior. The board member asserted in his statement that he did not throw the water at Councilor Salome Olbes as pointed by Councilor Borlagdan. It changed the scene.

Netizens are asking if the action of the board member as an elected public official is best for him and the info caravan for as visitors of the place respect is due to the host same with the host to the visitors.

Observers pointed out that there are barangay officials who deliberately turn the info campaign into a political statement by wearing shirts printed with the name of Grace Yu a possible contender for the mayoralty post by 2021.

(It was bound to happen, from the instant animosity is in the air. The task force members are in one corner and the municipal oficials are also in another corner. They should be together for their objective is to serve the people. A group of barangay chairmen arrived in a Hamor-Yu t-shirt irking the group of Pidoy Cielo. I have reviewed the video many times and did not see humility. Irosin is in a different situation. The political opponent of the incumbent is the sibling of the candidate for governor. This situation should have been considered. No matter how many times that politics do not involve the majority of the people won’t agree. The situation was not ably handled by those who want to lead-plain and simple. There is now an urgent need to control the damage.)

Another observer pointed about Atutubo ” he knows the guy way before in his stint as a BM at SP during hearings. He’s hosting a radio program and you may want to hear and see how he conduct himself, You’ll be the best judge. Im no longer surprised at the embarrassment he can actually heap at himself and his cohorts. We can only watch and hope that we don’t get the filth that he seem(s) to be enjoy to keep throwing to the fan so to speak.”

This observation is for BM Atutubo to untangle in a press call tomorrow.