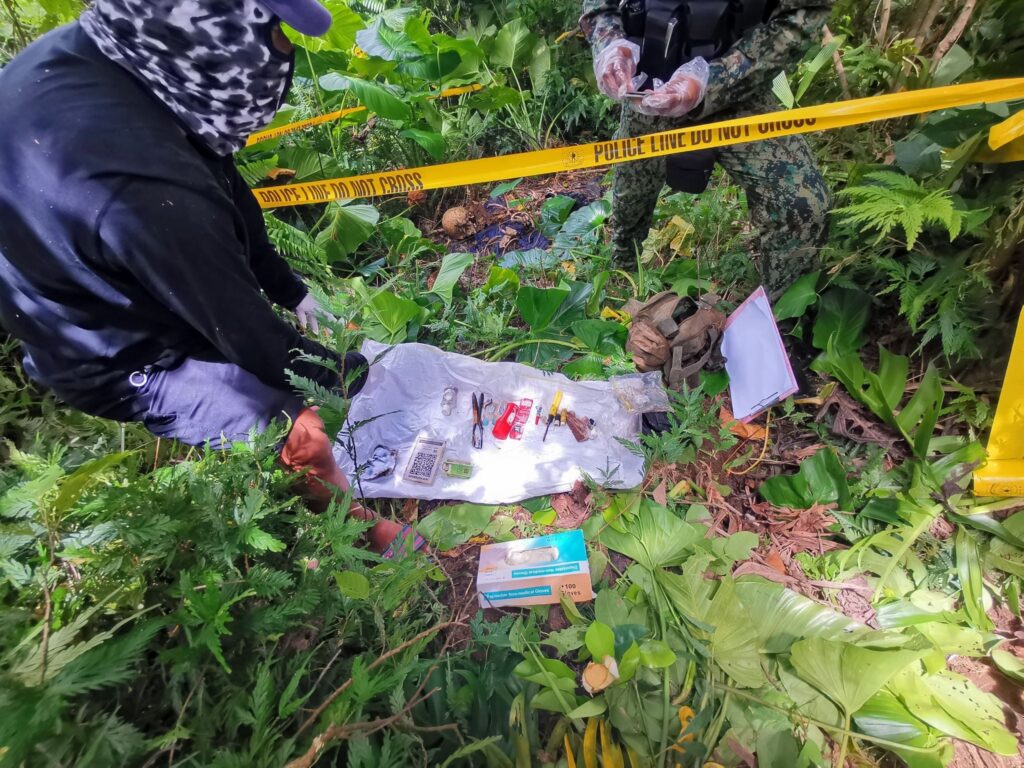 A decomposing body was found in Juban, Sorsogon. Photo from Juban MPS

The body was discovered by upland farmers and reported the matter to the barangay officials who informed the town police. The team recovered the body which is five kilometers from the barangay proper. According to Juban MPS Chief PLT Jonathan Hapa, the belongings of Integro are intact without any sign of robbery, foul play or suicide. The money was intact and the other personal belongings were undisturbed.

As of this posting, PNP Juban initiated contact with the Pasig City Police for the repatriation of the remains to the next of kin after the scene of the crime operatives assessment.

It was learned by the police that in November of last year Integro left his Pasig residence and was suffering from depression.