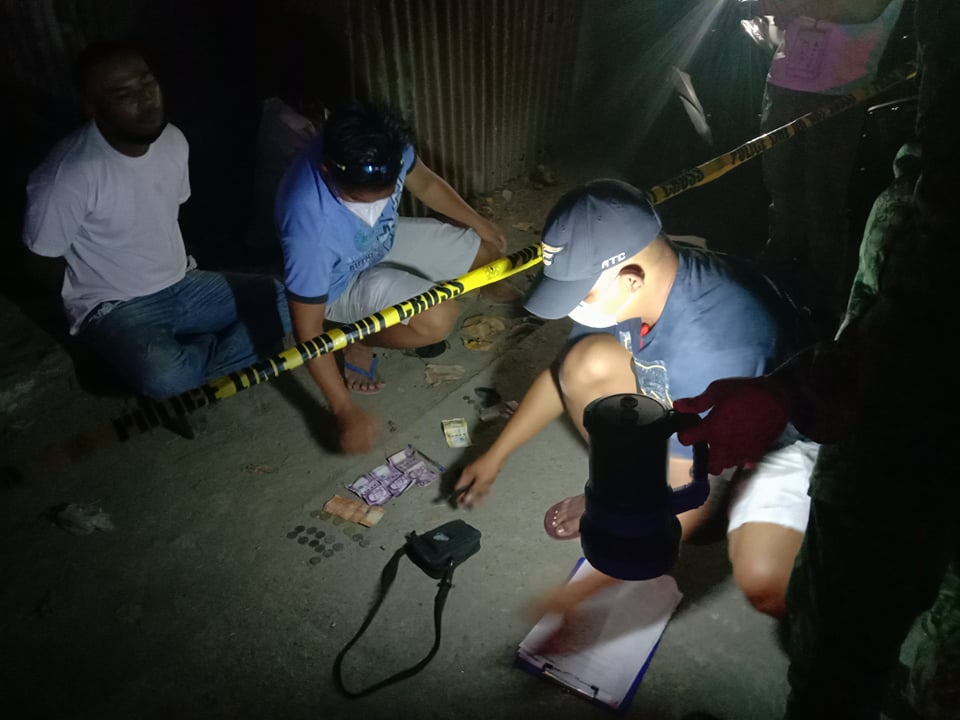 An illegal drug suspect was captured by police in Matnog, Sorsogon on Thursday afternoon.

The operation resulted in the arrest of the suspect after selling/ delivered and handed over to police poseur buyer (PCpl Erick J. Saberon) one (1) small heat sealed transparent sachet containing white crystalline substance believed to be shabu, marked later as EJS-BB 5/27/21 in exchange of pre-photocopied PhP500.00 bill with serial no. PB408942.

He is described as street level individual and listed before resumption period.

Ensuing lawful search was conducted to the suspect in the presence of required witnesses such as media representatives, Darrel June Buena of Padaba FM, Barangay Kagawad Ferdinand Majello of Caloocan, Matnog, Sorsogon, resulting to the recovery from the suspect’s possession, control and custody of the following evidence:

An inventory of the pieces of evidence was made at the place of the arrest, and in the presence of required/mandatory witnesses;

Arrested person was apprised of the constitutional rights in dialect known to and understood by him, and was brought to the police station for booking and documentation.

Drug item will be submitted for laboratory examination.

Criminal cases for Violation of Sec. 5 and 11 of RA 9165 are being prepared against the suspect for filing in court.