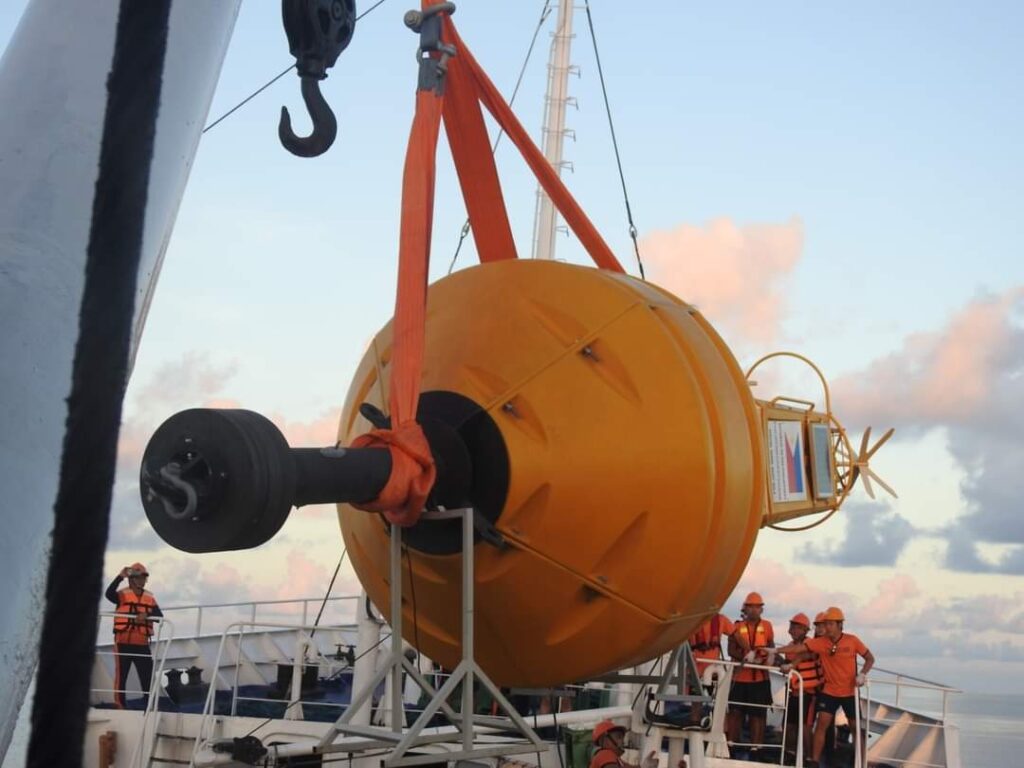 PCG Commandant, CG Admiral Artemio M Abu on Wednesday led the arrival ceremony for the five Coast Guard vessels that laid out the SYMBOLS OF COASTAL STATE ADMINISTRATION in the said vicinity waters from 12 to 14 May 2022.

“I know it was not an easy task, but the support of Task Force Kaligtasan sa Karagatan headed by CG Rear Admiral Joseph Coyme, Coast Guard Fleet Commander, CG Rear Admiral Charlie Rances, and PCG District Palawan Commander, CG Commodore Rommel Supangan as Ground Commander led to the resounding success of installing our sovereign markers that are now flashing lights at night to guide sailors as they traverse the treacherous waters of the WPS,” CG Admiral Abu said.

According to the Coast Guard Commandant, these ocean markers also communicate that the said vicinity waters are considered special protected zones.

Hence, mining and oil exploration are prohibited to preserve their rich natural resources.

“These buoys are now our source of pride and honor in serving our great nation. And because our fellow Coast Guardians braved numerous dangers during the said noble mission, they were able to bring the PCG to the next level of success,” CG Admiral Abu expressed.

Moreover, the Coast Guard Commandant shared his observations during his visit to Pag-asa Island on 14 May 2022 to assess the buoy laying operations and check the morale of PCG personnel deployed on the island.

“During my visit to Pag-asa Island, I saw five PCG ships anchored in the vicinity with several Filipino fishing bancas. Several Vietnamese fishing boats, Chinese fishing vessels, and China Coast Guard vessels were not so far from their position, specifically at the vicinity waters off Subi Reef,” CG Admiral Abu furthered.

According to CG Admiral Abu, the PCG will place more navigational buoys in other parts of the country’s exclusive economic zone (EEZ), especially in the WPS and Benham Rise.

The five newly-installed buoys were part of the 10 floating markers procured in Spain.

These buoys, which arrived in Cebu from Valencia, Spain, on 07 May 2022, are equipped with modern marine aids to navigation lanterns and specialized mooring systems.

They also have a remote monitoring system that uses satellite technology to transmit data to the PCG National Headquarters in Port Area, Manila.