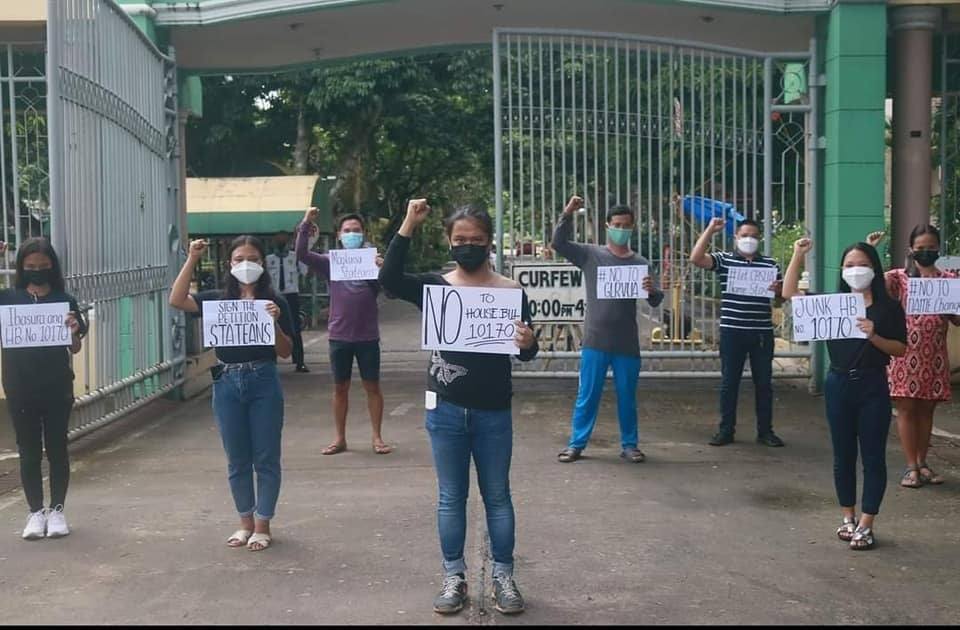 To date, nearly 14,000 individuals have signed the petition opposing the renaming of the Central Bicol State University of Agriculture (CBSUA).

In a statement made public by the CBSUA Supreme Student Council on their official facebook page, it strongly opposes the renaming of the state university to Gov. Luis R. Villafuerte University of Agriculture.

However, the body acknowledges the contribution of the late former Governor of Camarines Sur Luis Villafuerte to the goal and vision of the school for producing quality graduates where the university is even better known nationally and globally in the field of agriculture.

But, this is not a reason to change the name of their school.

The Supreme Student Council also said there was no consultation from the university students.

This is also the same view shared by the united CBSUA Stateans Publication Alumni.

Cong. LRay Villafuerte, author of House Bill 10170, said the renaming of CBSUA to The Governor Luis R. Villafuerte University of Agriculture is not only because of his father, but also as a tribute to Luis Villafuerte’s contribution to making CBSUA a University when he was still a Congressman on the 13th and 14th Congress.

According to Cong. Villafuerte, the land occupied by the said institution is owned by the Provincial Government, and was being regulated during the time of Luis Villafuerte when he was still the Governor of the province.

University students have launched an online petition as part of their opposition to the said proposal.