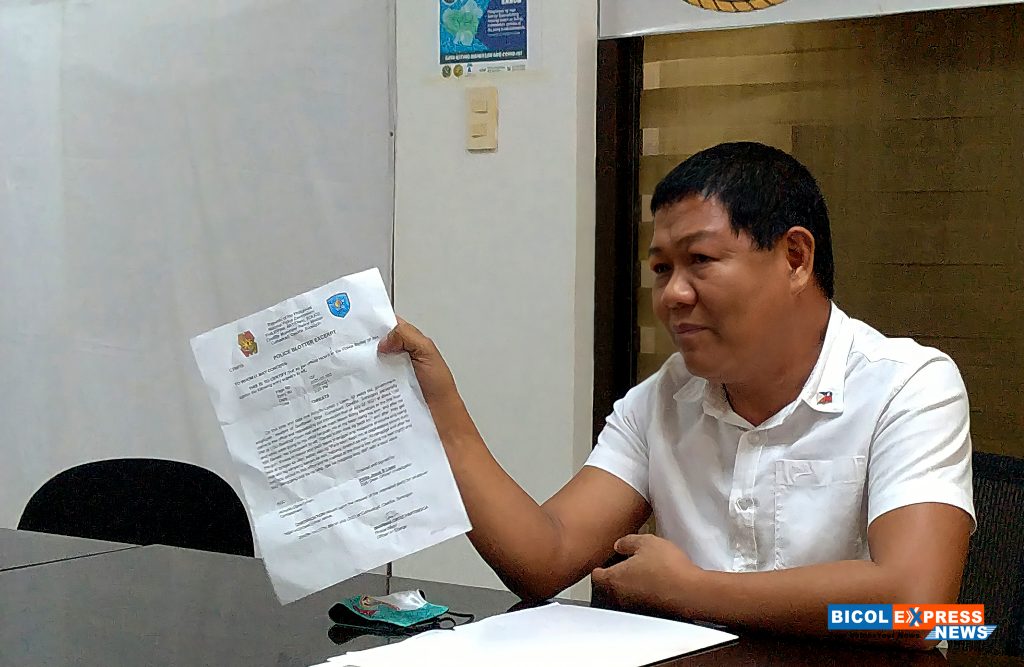 Castilla, Sorsogon – Mayor Isagani “Bong” Mendoza of this town speaks up regarding the police blotter filed for Threat by Arnulfo Llave Lorejo at the local police station on July 24, this year.

In an interview with Bicol Express News, Mendoza said that he is not perturbed with the statement made by Lorejo.

Flatly, the mayor rejected the insinuations as stated in the police blotter, saying that his action on that day was not threatening.

According to the official, his legal team will handle the issue at the proper time, since it gave an impression to his townmates that their chief executive is drunk with power which is the complete opposite.

He surmised that election fever is up in the air and his detractors
are making use of that incident for their advantage, but fell short from naming the alleged instigator of Lorejo.

Information received by Bicol Express News said complainant Lorejo is an employee of the municipality and during the time of the previous administration, numerous memorandums were issued to him for breach of responsibilities.

He is currently assigned at the local cemetery which may have triggered the animosity.