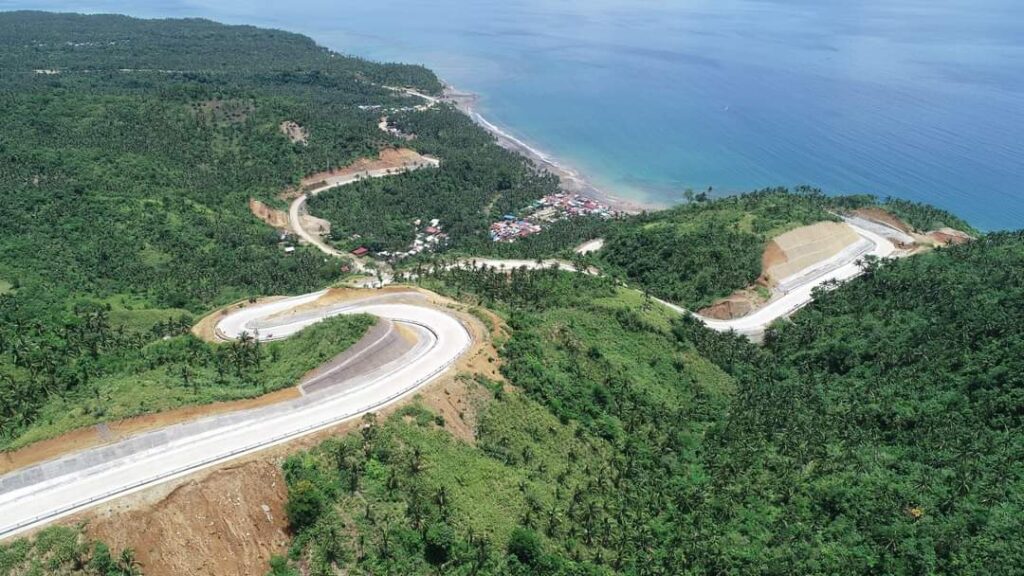 The 15.87-kilometer connector road linking the provinces of Albay and Sorsogon was allocated by the national government P2.21 billion but needs another P500 million to cover civil works for active and passive slope protection systems, metal beams guardrails and the continuation of concreting of unpaved areas.

The project is part of the Build, Build, Build initiative aimed to link two national roads which are Punta de Jesus Road in Legazpi City, Albay and Junction Sorsogon-Bacon-Manito Road in Sorsogon. As planned the all-weather road is aimed to be completed before the year ends according to DPWH.

The mega road infrastructure project will traverse the villages of Gajo as well as Tiris, Osiao, Gayong, and Sto, Niño of Bacon District in Sorsogon City and the coastal areas of Cavit and Pawa in Albay Province.

When completed six bridges will link the connector road along the mountainous terrain of Bacon and Manito town. The two towns are presently connected by a secondary road and congested Daang Maharlika Road.