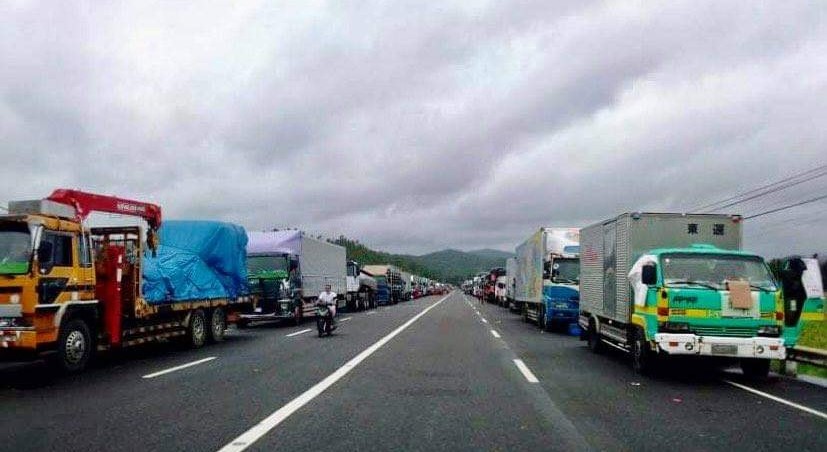 MATNOG, Sorsogon – Long line of vehicles are park at the national highway waiting for clearance to pass the provincial holding area at Putiao until the other stranded vehicles inch their way for an exit in Matnog Port.

With the Coast Guard Maritime Advisory at the height of Typhoon Dante sea travel was temporarily stop because of rough and very rough sea conditions of the Matnog-Samar sea lane.

Travelers bound for Visayas and Mindanao using Matnog Port were advised to forego the trip since 225 vehicles of various types need to be cleared for passage though the Tropical Cyclone Wind signal No. 1 was lifted in Sorsogon.