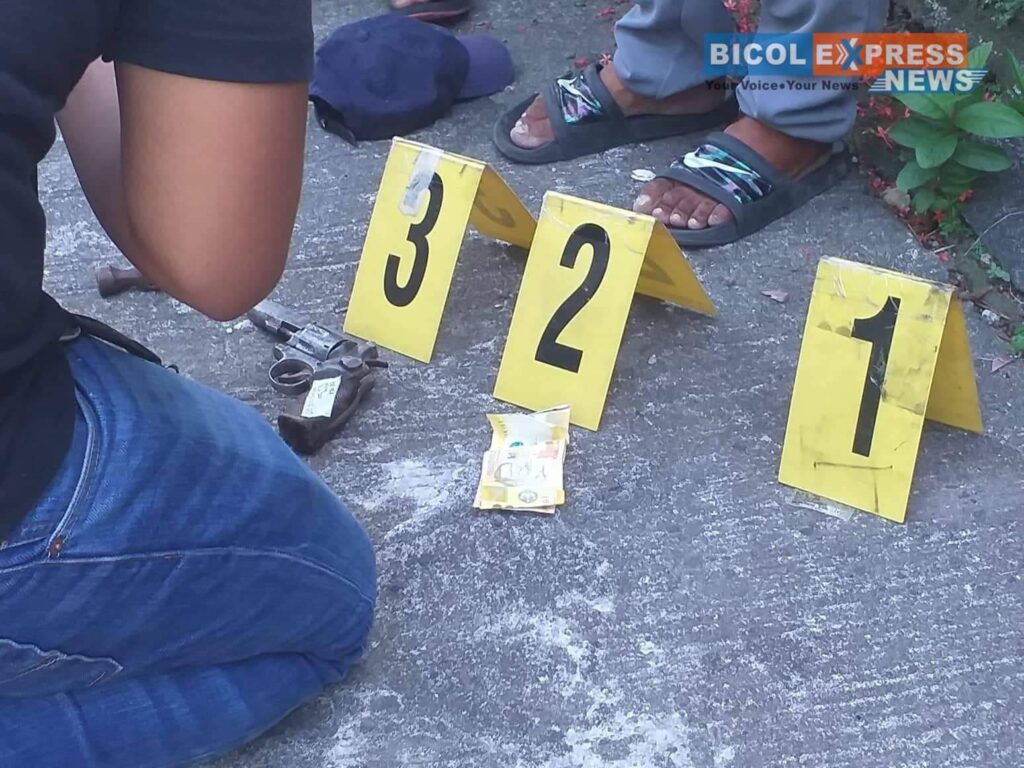 In a coordinated entrapment elements of Sorsogon City police arrested Edwin Ranola Ibalan, 51 years of age and residing at 20th Street Our Lady’s Village Barangay Pangpang at around 4:30 yesterday afternoon while driving a delivery tricycle at the lower portion of 14th Street of the same village. He is worker of a water refilling station.

Found in his possession is a transparent plastic sachet with white crystal substance suspected to be shabu.

His maroon sling bag upon inspection revealed a .38 caliber revolver bullet and a 357 Magnum revolver with three live bullets.

The confiscated items were sealed in an evidence ziplock as noted in the Certicate of Inventory for confiscated evidence.

He was appraised of his rights witnessed by a barangay official and a media representative.