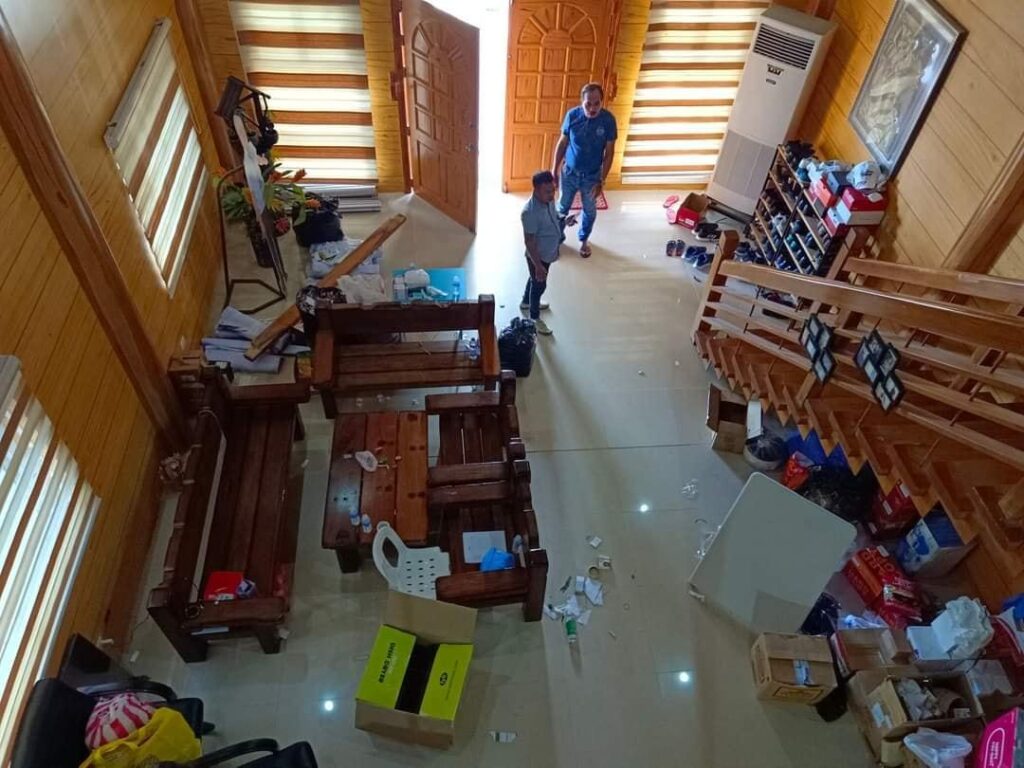 Nine (9) men forcibly ransacked the house of a congressional candidate in Catanduanes and scooped up about Php 20 million cash, before running away on 8:30 Tuesday evening, May 3, 2022.

The robbery happened at the house of candidate Eulogio Rante Rodriguez at Barangay Based, Bato.

According to Bato police, the suspects were wearing bonnets when they forcibly entered the house of Rodriguez family, where they allegedly aimed a gun and handcuffed the two guards who were guarding outside the house.

They also broke down the main door and when they finally entered, the other caretakers were pinned down at gunpoint, and searched the whole house, opening the cabinets and entering the rooms.

The robbers stole two boxes containing P20-million cash and boxes of alcohol, and fired a gun while fleeing.

One of the guards sustained wounds and bruises on various parts of his body.

The owner of Rodriguez’s house was lucky to survive after being able to hide, while Rodriguez was not at the premises while busy campaigning in another place