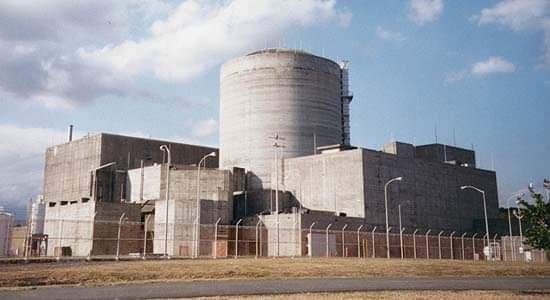 Advocacy groups reminded the public that resurrecting the nuclear power plant in Bataan will not resolve the energy crisis despite of the incoming Marcos administration saying otherwise.

AGHAM (Advocates of Science and Technology) refuted the pronouncement of the newly proclaimed President Ferdinand Marcos Jr. that the moth-balled Bataan Nuclear Power Plant (BNPP) will resolve the energy crisis and pave the way for rapid industrialization.

AGHAM said the current energy crisis is a result of the liberalized policy which was implemented in the 1990’s which allowed the privatization of our energy facilities and deregulation of the energy industry.

This led to unrelentless increase in the cost of electricity, unstable power supply, and further increase our dependency to imported fossil fuel such as coal.

The 621-megawatt nuclear plant will not resolve the above problem, but will further aggravate it, said AGHAM.

The Philippines has the most expensive electricity rate in Southeast Asia.

[1]. The high cost of electricity in the country is not because of the lack of supply, but of the imposition of the private owners of power utilities in the country.

Private corporations own and control energy production, power transmission and up to retailing electricity in the country.

The liberalization of the energy industry through the Electric Power Industry Reform Act (EPIRA) allows private corporations to build and operate power facilities , but at the same time have the right to recover their capital and enjoy big profit by charging consumers.

And, this will be the case if the refurbishment and operation of the BNPP will be pursued.

It will be an additional burden to consumers as all the prerequisite costs to operate the plant would be pass-on charges such as nuclear tax, recommissioning and waste disposal costs.

According to the feasibility study conducted by Korea Electric Power Corporation (KEPCO), the BNPP can be rehabilitated by four to five years at a cost of about $1.0 billion.

[2] It must be noted that the Philippines has already paid $2.1 billion for the construction of the reactor.

Taxpayers have paid $ 2.2 billion for an energy infrastructure that has never been used.

The power shortage is also being used as justification for the recommissioning of the BNPP.

But, in the recent analysis of AGHAM there is still enough power supply in the country.

We have more than enough in the coming years.

But if we want energy sufficiency in the coming decades, we need to harness our own indigenous energy resources and move away from imported, dirty, and dangerous fuels such as coal and nuclear.

The country has more than enough energy resources to satisfy our current and future energy needs.

With the BNPP, we will be dependent on uranium which will only be sourced from other countries.

The incoming President opted to single out nuclear energy technology to address the looming power crisis by peddling it to foreign investors.

It denies the fact that the BNPP is already antiquated, faulty, dangerous and has served as a milking cow for corrupt practices.

The risk of allowing an old facility with around 4,000 technical defects to operate would be high.

It is also crucial for the government to present concrete for the disposal of spent uranium fuel.

BNPP will not pave the way for Philippine industrialization.

As long as the globalization policy: privatization, deregulation, and liberalization of the government will not be reversed, private and foreign corporations will continue to monopolize our industry for their own interest and profit, and industrializing the Philippines is not part of it.

AGHAM firmly believes that there are other energy options that are sustainable, safe, accessible, affordable and reliable to address expected power demand of the country.

While we recognize the fact that nuclear energy is a technology option, it is not a good option and the country can do without it.

We should give more weight to the safety and lives of our people, environmental costs, and its social and economic viabilities.

Reopening the BNPP in the framework of a liberalized energy industry will not serve its purpose of providing lower cost of electricity and it will not redound to industrialization.

Lastly, if we are to pursue industrialization it must be in the context of a regulated national industry that is not profit – driven, but geared towards industrial development and progress of the country.