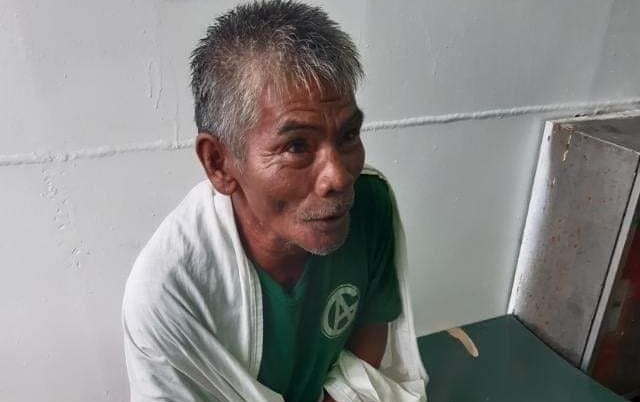 Crewmen of a RoRo vessel rescued Monday a fisherman, as he desperately clinged on top of his overturned banca at the middle of the sea between Masbate and Almargo, Samar.

According to the Lite Shipping Corporation, the crew of Lite Ferry 29 vessel saw the fisherman, on top of the floating overturned banca, making distress signals to them at about 6 am of Monday.

Narrating his story, rescued fisherman Vicente Tulod said at about 3:00 pm Sunday, the outrigger of his banca was broken by strong waves.

He was given first aid assistance, clothes, and food by the crew. His banca was hoisted aboard the vessel.

The crew collectively gave him money before he was turned over to the Philippine Coast Guard (PCG) at Matnog, Sorsogon.

At this time, Tatay Vicente is under the care of PCG Matnog while efforts to contact his family in Masbate after the fisherman told the PCG that he does not know his family’s contact number.